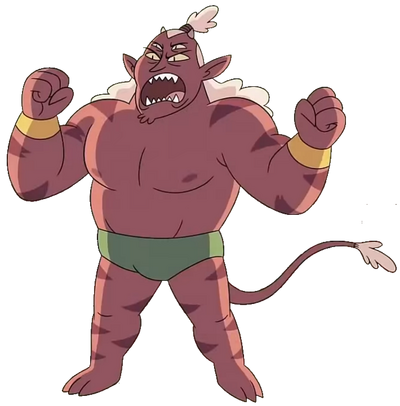 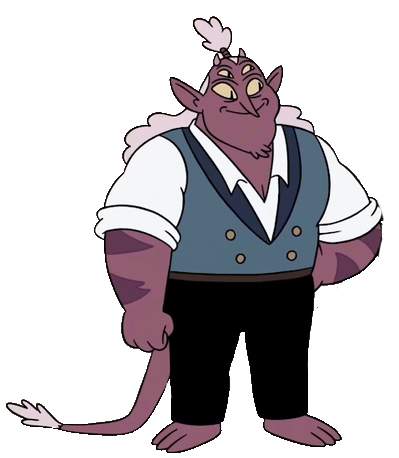 Globgor, also known throughout Mewni as the "King of Monsters", is the monster lover to Eclipsa Butterfly and father to Meteora Butterfly. He has been sealed in crystal by Rhombulus for 300 years, mainly for eating Eclipsa's former husband, King Shastican. Until the events of "Cornonation" where Rhombulus let him out to show how dangerous Globgor really was, despite the latter wanting nothing to do with harming Mewni or it's people.

Powers and Abilities: Superhuman Physical Characteristics, Size Manipulation (Frequently changes his body and its parts to different sizes. Usually changing his arms or entire body to increase power), His size manipulation can give him Large Size (Can go up to Type 3) or Small Size (Can go up to Type 2), Super Breath, Vibration Manipulation (Create shockwaves with slam attacks), Sound Manipulation (Can scream so loud it causes a concussive wave of sound), Surface Scaling (Meteora inherited Globgor's monster abilities such as Wallcrawling)

Attack Potency: At least Universe level+ (Considered one of the greatest threats to Mewni. Effortlessly restricted Mewberty Form Star Butterfly. Easily incapacitated Rhombulus with a single slam, Got into multiple physical struggles with Omnitraxus Prime, Overpowered multiple Hekapoo clones at once. Fought on par with a Solarian Armored Warrior, which took hits from and overpowered Eclipsa, only being completely unable to fight due to a wound specifically made to counter against monsters)

Speed: At least Sub-Relativistic (Dodged multiple attacks from members of the Magical High Commission and even Star Butterfly)

Stamina: High; Fought on par with the Magical High Commision without tiring

Range: Below Standard Melee in his smallest. Standard melee in his mini form and human-sized form; Several meters to Hundred of meters in giant forms.

Intelligence: High; Outmatched many members of the Magical High Commision in combat

Retrieved from "https://vsbattles.fandom.com/wiki/Globgor?oldid=5399084"
Community content is available under CC-BY-SA unless otherwise noted.