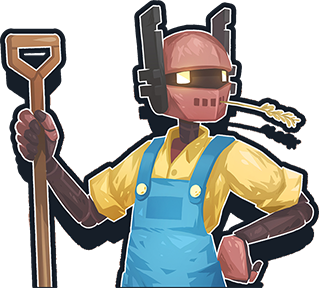 Glitch are a race of robotic being created long ago in a simulation program of a society. However, unlike their counterparts, they suffered a glitch that halted their technological progress to medieval times. However, some of them suffer yet another "glitch" that makes them aware of higher technology and their nature as robots.

Gender: None (While they identify as either male or female, there are no differences in their biology either way)

Speed: FTL (Can react to lasers)

Intelligence: Very high. They can easily uses any kind of weapons with nigh-mastery. Can create complex and high-tech machinery such as atomic furnaces. However, they use normal medicine such as bandages for fixing machinery and their own kind, due to being limited by their programming, unless the individual has become self-aware

-Can dodge and outspeed light beams

Leafy (Battle for Dream Island) Leafy’s Profile (Speed was equal, Leafy had everything except her Spaceship and Recovery Center)