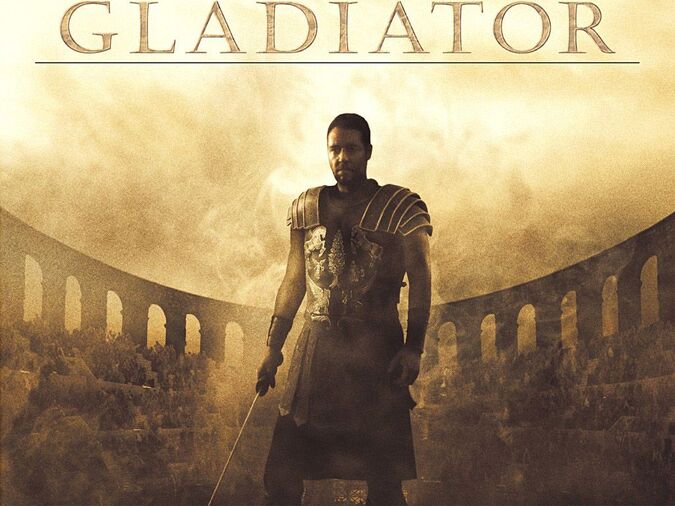 Gladiator is a 2000 epic historical drama film directed by Ridley Scott and written by David Franzoni, John Logan, and William Nicholson. The film was co-produced and released by DreamWorks Pictures and Universal Pictures. It stars Russell Crowe, Joaquin Phoenix, Connie Nielsen, Ralf Möller, Oliver Reed (in his final role), Djimon Hounsou, Derek Jacobi, John Shrapnel, and Richard Harris. Crowe portrays Hispano-Roman general Maximus Decimus Meridius, who is betrayed when Commodus, the ambitious son of Emperor Marcus Aurelius, murders his father and seizes the throne. Reduced to slavery, Maximus rises through the ranks of the gladiatorial arena to avenge the murders of his family and his emperor.

Inspired by Daniel P. Mannix's 1958 novel Those About to Die, the film's script, initially written by Franzoni, was acquired by DreamWorks and Ridley Scott signed on to direct the film. Principal photography began in January 1999, before the script was completed, and wrapped up in May of that year, with the scenes of Ancient Rome shot over a period of nineteen weeks in Fort Ricasoli, Malta. The film's computer-generated imagery effects were created by British post-production company The Mill, who also created a digital body double for the remaining scenes involving Reed's character Proximo due to Reed dying of a heart attack during production.

Gladiator premiered in Los Angeles on May 1, 2000, and was released theatrically in the United States on May 5 and in the United Kingdom on May 11. The film received widespread critical acclaim from critics, with praise for the acting (particularly Crowe's and Phoenix's performances), Scott's direction, visuals, screenplay, action sequences, musical score and the production values. It was a box office success, grossing $187.7 million in the United States, making it the fourth highest-grossing film of 2000 domestically, and grossed $457 million worldwide, making it the second highest-grossing film of 2000. The film won multiple awards, including five Academy Awards at the 73rd Academy Awards: Best Picture, Best Actor for Crowe, Best Costume Design, Best Sound, and Best Visual Effects. It also received five BAFTA Awards at the 54th British Academy Film Awards for Best Film, Best Cinematography, Best Production Design and Best Editing. Since its release, Gladiator has also been credited with reinventing the swords 'n' sandals genre and rekindling interest in entertainment centered around ancient Greek and Roman culture.

Gladiator Verse is decently powerful knowing the events are placed in AD 180.

Characters like Maximus are Street level physically, with higher attack potency while equiped with weapons. There is a decent amount of hax in the verse Expert hand-to-hand combatant, Melee and firearms proficiency, Stealth Mastery among others.

Maximus
Add a photo to this gallery 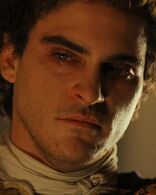 Commodus
Add a photo to this gallery

Retrieved from "https://vsbattles.fandom.com/wiki/Gladiator_(Movie)?oldid=5173664"
Community content is available under CC-BY-SA unless otherwise noted.