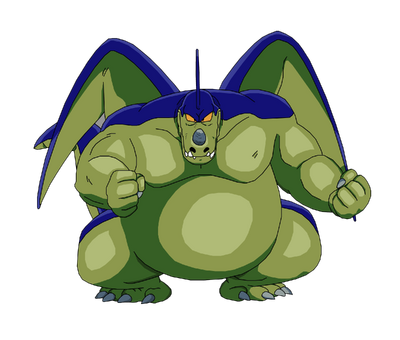 Giran is a large dinosaur that participated in the 21st World Martial Arts Tournament. Despite being initially hostile and ruthless against his opponents, he will come to respect Goku after being defeated by him.

Attack Potency: Wall level physically; Building level with Guru-Guru Gum (Was able to keep Goku incapacitated for some time; Goku managed to get out, albeit with a lot of strain. Guru-Guru Gum was used as a cement holding up a crude dam, though it is uncertain whether the gum came from a sole Giras or multiple Giras.)