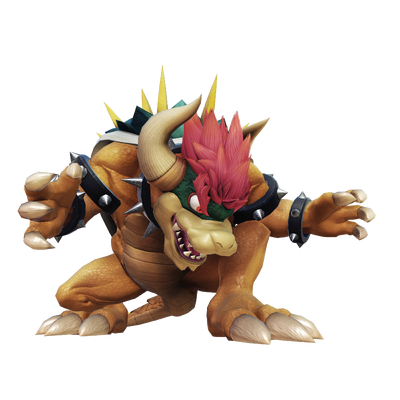 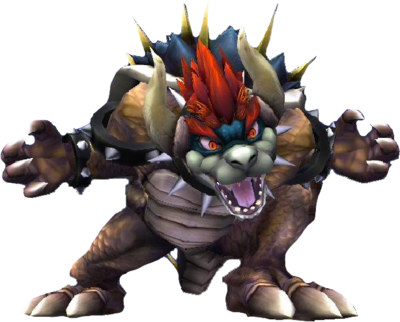 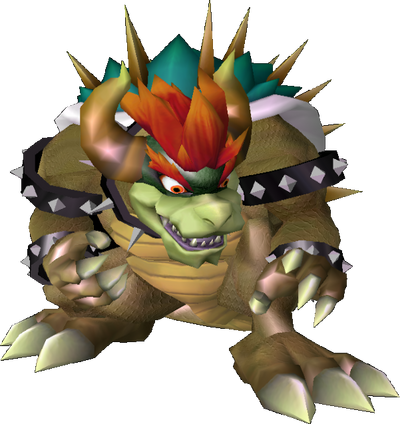 Giga Bowser is the non-canon, more monstrous, super form of Bowser in Super Smash Bros., and the boss of the Adventure Mode and the final event of the Event mode in Melee. He comes to be if one clears Adventure Mode on Normal or higher without using any continues. If so, after one beats Bowser, his trophy flies back up on the stage, gets struck by lightning, and Giga Bowser breaks out. After Melee, this form was relegated to Bowser's Final Smash until Super Smash Bros. Ultimate where he also returns as a boss.

Lifting Strength: Class 100 (Can support his own weight, pick up a normal Bowser with ease, and even do the same to any character boosted by a Super Mushroom)

Stamina: Extremely high, possibly limitless (From Brawl onward, takes no knockback from any attack, with no effect on how he fights either. And unlike every other boss, he has no HP bar)

Intelligence: Above average, and high in battle. Is an experienced fighter like the rest of the cast, and can use items and such. He doesn't seem to be less intelligent than his non-boosted counterpart.

Weaknesses: None notable in Melee and Ultimate. Lasts mere seconds in Brawl and Smash 4.