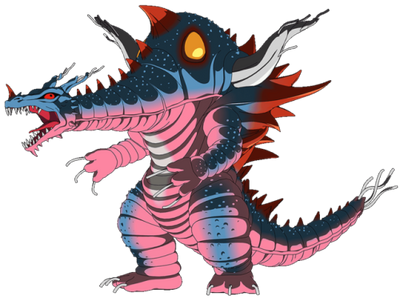 It is later revived as Mecha Ghoulghilas

Attack Potency: At least Large Building level (Ghoulgiras can walk through skyscrapers with ease, his fire balls can produce this much energy) | City Block level (Able to match Gridknight who is equal to Gridman)

Weaknesses: Ghoulghilas' neck is incredibly frail, as a minor attack there from Gridman was enough to sever its head from its body. Mecha Ghoulghilas may have had this problem rectified, but Full Powered Gridman was still able to pull its head off.

Retrieved from "https://vsbattles.fandom.com/wiki/Ghoulghilas?oldid=5843634"
Community content is available under CC-BY-SA unless otherwise noted.