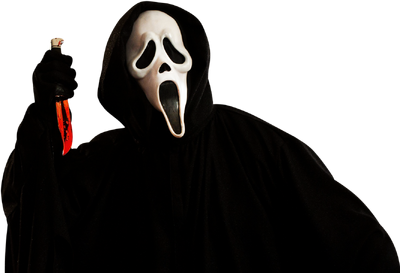 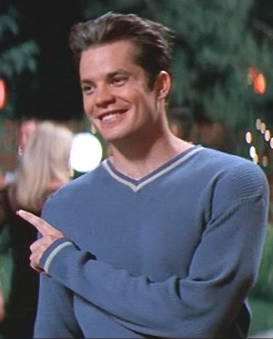 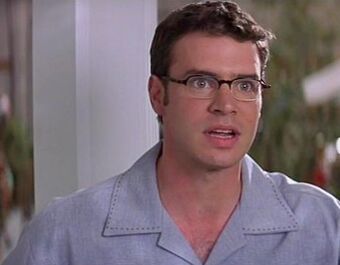 Ghostface is the main antagonist of the Scream series. They have also been called the Woodsboro Killer, after the town where the Ghostface costume was first used to commit murders.

Ghostface often called their victims on the phone, taunting or threatening them before stabbing them to death with an eight-inch hunting knife. They occasionally ask their victims horror movie trivia, and stalked them in a manner reminiscent of said films.

Age: Varies (From teens to adult)

Attack Potency: Street level (Can stab hard enough to pierce through wooden doors and bathroom stalls. Knocked a man out cold by hitting them with a knife handle. Knives and firearms are this level)

Speed: Peak Human (Disappeared from a car and changed their clothes before Sidney could notice them twice)

Durability: Street level (Got shot while wearing a bulletproof vest with no repercussions, which would normally break bones. Has survived normally fatal gunshot wounds. Was thrown hard enough to crack through a table. Survived a car crash. Withstood a book shelf falling on them. Kept going after falling down a set of stairs. Survived getting shocked in the head with a defibrilator, which generates 360 joules)

Intelligence: Above Average (Very knowledgeable of horror movies, able to manipulate people into doing what they want fairly easy, capable of orchestrating whole murder sprees with means of getting away with it. Skilled and precise with their knife, and is highly capable in stealth)

Weaknesses: Has a tendency to monologue once they reveal their identity. Can still die from normal bullets

Johan Liebert (Monster) Johan's Profile (Johan is 9-C, speed was equalized and both had acess to their full arsenal)

William Afton (Five Nights At Freddy's) William's Profile (Both were 9-C, and speed was equalized)

Kurumi Ebisuzawa (Gakkou Gurashi!) Kurumi's Profile (Both were 9-C, Ghostface didn't have his gun, Speed was not equalized)