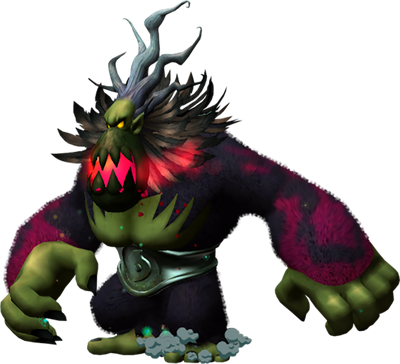 Ghastly King is the main antagonist of Donkey Kong: Jungle Beat. He invaded the jungle and have taken over several fruit kingdoms while putting each king in charge of a particular kingdom such as Karate Kong. His reign was short-lived due to Donkey Kong intervening.

Speed: Massively Hypersonic (Capable of keeping up with Donkey Kong)

Note: The boss that shares the appearance but different name, Cactus King, is essentially the same character since the Japanese version, the original source, did not change the name or description for either of the bosses.

Retrieved from "https://vsbattles.fandom.com/wiki/Ghastly_King?oldid=6333629"
Community content is available under CC-BY-SA unless otherwise noted.