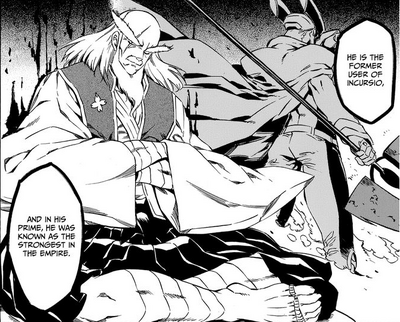 Gensei is a member of the assassin group White Brows Association, as well as Bulat's former martial arts master.

Gensei was an old man wearing a samurai-like outfit. He was balding but had long grey hair on the back of his hair, a small mustache and a long beard. He had a noticeable scar over his right eye, as well as long eyebrows.

Gensei loved to fight and kill. In fact, he could only feel alive while he was doing so. He was a calm and composed man and praised his former pupil Bulat for improving; even before dying by Bulat's hand, Gensei stated that there was no greater satisfaction for him than to die in a duel.

Weaknesses: Invisibility has a limited duration

Retrieved from "https://vsbattles.fandom.com/wiki/Gensei?oldid=4733874"
Community content is available under CC-BY-SA unless otherwise noted.