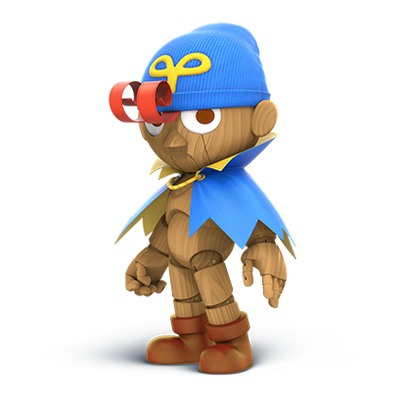 Geno (whose real name is ♥♪!?) is a warrior from Star Road and one of Mario's partners in Super Mario RPG: Legend of the Seven Stars. He is sent by "a higher authority" to restore peace to Mario's world. During the events of Super Mario RPG, he teams up with Mario's team, which consists of Mario, Mallow, Princess Peach and Bowser and helps them out on their quest to defeat Smithy. In battle, he has high attack, but lower defense.

Attack Potency: Multi-Solar System level (Should be comparable to Mario and co. Aided in fighting and defeating Smithy)

Durability: Multi-Solar System level (Tanked hits from Smithy and all of his forms)

Intelligence: High (He figured out Smithy's plan and figured out who Smithy was right after Exor destroyed Star Hill.)

Weaknesses: Geno has inferior defenses in comparison to his allies.