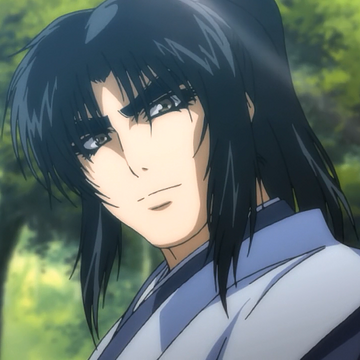 Gennosuke Kouga (甲賀 弦之介, Kōga Gennosuke) is the adopted heir of Danjou Kouga and therefore heir to the Kouga Manjidani clan. He is one of the ten Kouga ninja picked by his grandfather to represent the Kouga in the battle against the Iga. He is engaged to the princess of Iga, Oboro.

Powers and Abilities: Peak human to superhuman stats, Skilled Martial Artist, Skilled Swordsman, Enhanced Senses, his dojutsu allows him to reverse any killing intent directed at him and make them commit suicide

Retrieved from "https://vsbattles.fandom.com/wiki/Gennosuke_Kouga?oldid=4111785"
Community content is available under CC-BY-SA unless otherwise noted.