VS Battles Wiki
Register
Don't have an account?
Sign In
Advertisement
in: Tier 9, Tier 9-A, Characters,
and 22 more 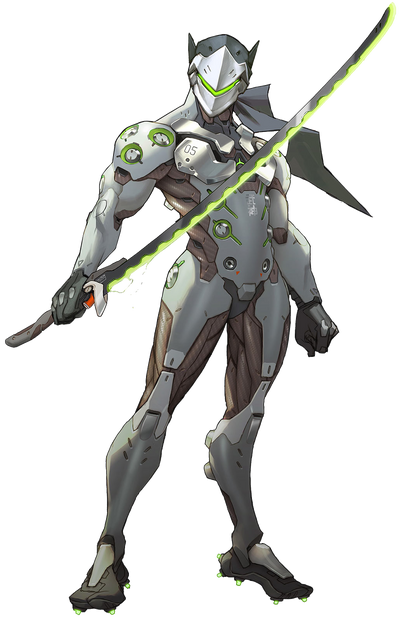 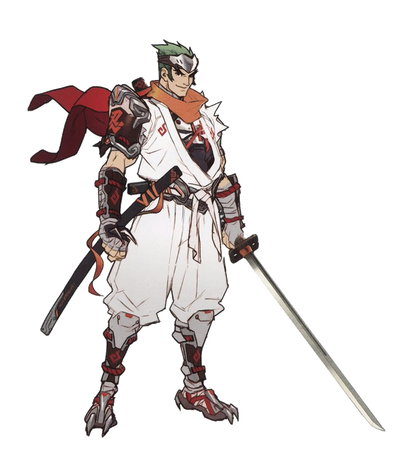 'Genji Shimada is a cybernetic-enhanced human whose life was saved by Overwatch.

Genji, the Shimada clan's youngest son, enjoyed a life of wealth and pleasure. He showed little interest in the family's illicit enterprises, and he spent much of his time living the playboy lifestyle. Many in the clan resented his father for coddling and protecting the carefree Genji. His elder brother, Hanzo, insisted that Genji step up in their late father's kingdom after his untimely demise. To Hanzo's chagrin, Genji declined. It was a brutal encounter that left Genji on the brink of death.

Later, Overwatch and Dr. Angela Ziegler rescued Genji. Overwatch promised to restore Genji's body in return for his assistance to fight the Shimada clan, seeing him as a potential ally. He underwent significant cyberization to improve his natural speed, agility, and ninja abilities. Genji, now a living weapon, set out to destroy his family's criminal enterprise.

However, as time passed, Genji came to resent the mechanical portions of his body. Unable to accept his current self, he left Overwatch and traveled the globe in quest of purpose. He wandered for years until meeting omnic monk Zenyatta. The benevolent omnic patiently accompanied Genji to find his true self despite the initial rejection. Later, Zenyatta became Genji's tutor, helping him reconcile his dual nature as a man and a machine.

Eventually, Genji accepted his fate and began to view his augmented body as a gift.

Attack Potency: Small Building level (Is more than capable of blocking blows from the likes of Winston and the most powerful attacks of other heroes, including entire tank shells, Traded blows with Doomfist, though still took high damage from him, His Dragonblade can slice through the armor of Overwatch's toughest heroes, Regularly spars with Brigitte)

Speed: Subsonic with Hypersonic reactions and combat speed (One of the fastest characters in the game, able to reflect Widowmaker's bullets, can casually deflect Bastion's bullets from his minigun even when it's fired continuously. Able to keep up with Tracer and regularly sparred with her.)

Durability: Small Building level (Is more than capable of surviving attacks from the likes of Winston and other heroes)

Stamina: High, his Cyborg body makes it harder for him to feel fatigued and managed to cling to life for an extended period after grievous injuries that were nearly impossible to mend

Intelligence: Despite his former carefree and frivolous nature, Genji is a highly competent ninja, being able to throw shuriken with perfect accuracy, dodging and bisecting Hanzo's arrows, and even managing to deflect Hanzo's Spirit Dragons. Due to his training and cybernetic enhancements, he can easily scale most objects and can double-jump in mid-air, allowing him incredible mobility and ease of motion in urban environments. His skill is high enough that he was able to work alongside other highly skilled fighters such as Reaper and McCree during his service in Blackwatch as well as alongside Tracer, Reinhardt, and the other members of Overwatch after Blackwatch was disbanded. He outmatched his brother Hanzo, a genius in his own right and the heir to the Shimada clan, and fought alongside Overwatch's best, dismantling his family's criminal empire along with many other foes during the Omnic Crisis. His skill and precision are apparent even in more menial tasks, such as carving a pumpkin or making paper shurikens.

Weaknesses: Genji can be somewhat cocky at times and is a bit reckless.