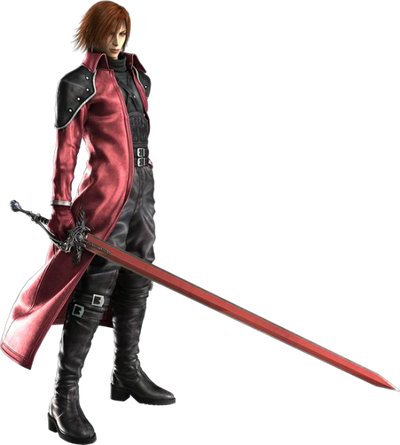 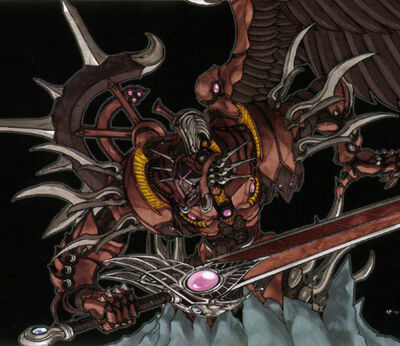 Genesis Rhapsodos (ジェネシス ・ラプソードス, Jeneshisu Rapusōdosu?), also known as G, is a character in the Compilation of Final Fantasy VII. He is the main antagonist of Crisis Core: Final Fantasy VII and makes a cameo in Dirge of Cerberus: Final Fantasy VII. A First Class SOLDIER born from the Jenova Project, Genesis is initially loyal to Shinra Electric Power Company wishing to prove himself a hero like Sephiroth.

When he begins to suffer from genetic degradation due to his imperfect infusion of Jenova's cells, Genesis leads a rebellion against Shinra with the intent of finding a cure. Genesis is an authority on researching and interpreting the verses of the epic LOVELESS, and his obsession with the poem drives his actions as he comes to think of himself, Sephiroth, and Angeal Hewley as its three protagonists.

Range: Extended melee range with Rapier, much higher with magic.

Standard Equipment: The Rapier (A powerful sword capable of being imbued with magic)

Intelligence: A master swordsman on par with the legendary Sephiroth, he is a superb close-quarter combatant and can easily combine his various magical spells with his swordplay in combat to keep his opponents on edge. He is also a skilled manipulator, single-handedly instigating war and manipulating the events of the game to cure his degradation, upon which he succeeds despite his defeat at the end of the game. However, he is somewhat deluded, as he believes that the epic LOVELESS is a holy prophecy of a sort and that he, along with Sephiroth, and Angeal (whose role is succeeded by Zack) are its heroes.

Weaknesses: He steadily degrades and rapidly ages because he does not have the required Jenova Cells (Though this is no longer an issue after Crisis Core), and is somewhat arrogant and flamboyant, as well as a melancholic due to his obsession with the epic poem LOVELESS.