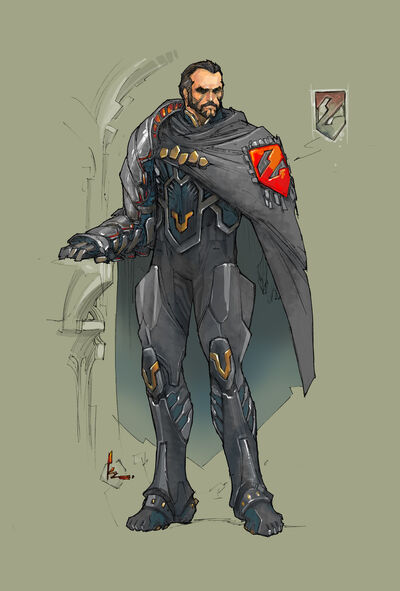 Genaral Zod is a former Kryptonian military general who was exiled to the Phantom Zone for treason. Following Krypton's destruction Zod and fellow exiled Kryptonian Ursa along with their son, Lor-Zod, escaped the Phantom Zone and launched an attack on the Earth city Metropolis in search of Jor-El's son, Kal-El. However, after Superman allied with Lex Luthor he foiled Zod's plan and Zod has been an enemy of Superman ever since.

Attack Potency: Solar System level (A fellow Kryptonian who is comparable to Superman)

Stamina: Extremely High by himself. Essentially infinite while under yellow or blue sunlight

Intelligence: Genius. He is capable of processing information extremely quickly and storing a lot, expert in various alien technologies (he can invent and build new things with Kryptonian technology rather easily), martial arts skills, good deductive and leadership skills, massive battle experience with all kinds of powerful beings, possesses a detailed knowledge of military tactics, battle strategy, and is a relatively competent military leader

Feats: He has fought on par with Superman and in one of their fights, was causing collateral damage to the planet they were fighting on.