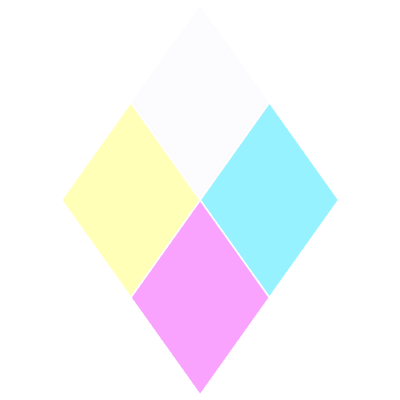 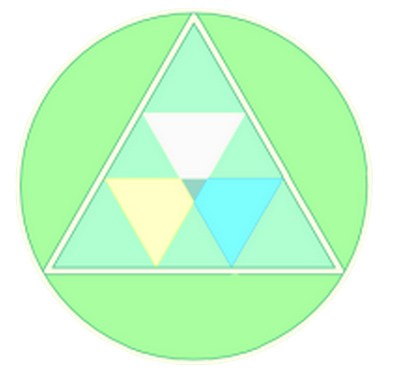 The Gem Homeworld, or simply Homeworld, is the home planet of the Gem race and capital of the Gems' intergalactic empire.

Age: Tens of thousands of years

Territory: Two galaxies, Hundreds of solar systems across multiple galaxies, as well as as numerous asteroid belts with an ever increasing number of planets being added to their empire

Technology/Abilities: All Gems in existence have Gem Physiology which grants then a number of abilities, with each Gem individually having their own set of skills and powers. Gem Technology includes Massively FTL+ ships and weapons capable of Flight and Spaceflight, Intergalactic Teleportation, Intergalactic communication, and Intergalactic remote controlled technology, Devices capable of instantly destabilizing a Gem's body, Energy tracking that can be used across galactic distances, Information Analysis (Many ships and pieces of technology are capable of scanning and analyzing the environment for threats), Gravity Manipulation (Devices such as Red Eyes are capable of exerting a strong gravitational field that pulls things toward it, and some ships such as Roaming Eyes are capable of altering gravity to defy the gravitational pull of planets), Energy Projection (Numerous weapons and all Gem ships are capable of using projected energy attacks), Telekinesis (Many Gem ships have tractor beams, and some Gems wield devices that project beams capable of freezing opponents as powerful as Alexandrite), Duplication (Replicator Wands are capable of making unlimited copies of whatever the user chooses to duplicate), Weather Manipulation (Geodes are capable of creating and containing massive storms), Mind Manipulation (The Harmony Core is able to remove and trap the consciousness of anyone affected, and can be used to trap the entire population of the Earth), Empowerment (The Harmony Core, when activated, gives off powerful waves of energy that enhance the power of any other Gem technology in its area of effect), Light Manipulation/Absorption (The Harmony Core is able to absorb light-based beings and trap them inside it), Immersion (Tomes are able to forcibly trap beings within their pages, turning things into chapters of their stories), Memory Manipulation (Tomes are able to record memories of events and allow them to be relived, can freely manipulate and consume memories, and can alter the memories of those trapped within their stories), Plot Manipulation (Tomes are able to manipulate the plot of their own stories), Subjective Reality (Certain Gem tech has brought fiction characters into the real world), Space-Time Manipulation (With devices such as The Glass of Time as well as Gem structures like the Clocktower), Poison Manipulation (Certain Injectors are equipped with a large amount of Biopoison capable of wiping out all organic life present on a planet)

Attack Potency: Unknown (Gems such as Peridot are of this level) to Mountain level (This includes Gems such as Bismuths and Pearls) | Mountain level (Gems of this Caste vary from Ruby footsoldiers to Quartz Soldiers such as Amethysts, Carnileans, and Jaspers, as well as Topazes) to Island level (High-ranking Gem Soldiers such as Hessonite are this powerful) | Unknown (Gems such as Aquamarines and Lapis Lazulis are of this level physically, while gems like Sapphires, Agates, and Nephrites are far stronger) to at least Multi-Continent level (Lapis Lazulis are capable of terraforming entire planets on their own with their hydrokinesis and can manipulate an entire planet's oceans) | Small Building level (The absolute weakest pieces of Gem technology such as Flask Robonoids and Limb Enhancers are this powerful, with stronger weapons ranging in power from Geodes capable of creating immensely powerful storms at will to Red Eyes vastly superior in power and durability to the likes of Garnet) to at least Large Mountain level (Ancient Gem weaponry such as Laser Light Cannon are considered extremely archaic and much weaker than modern Gem weapons. Older Gem weapons such as Gem Timed Explosives are powerful enough to harm a 5-Way Ruby Fusion), likely Planet level over time (Gem tech is capable of rapidly hollowing out planets down to their very core in order to drain them of all of their resources, and this has been done to numerous planets across the universe) | Large Mountain level (Practically all modern Gem ships, such as a Gem Warship, should be vastly superior to the likes of non-combat ancient Gem transport ship which are capable of this and should be superior to the likes of the Red Eye [A piece of Gem Technology with no combat capabilities whatsoever that was stated to be entirely capable of destroying the Crystal Gems with nothing they could do to stop it on their own]) to at least Multi-Continent level, likely higher (Diamond Warships are this powerful) | At least Multi-Continent level, likely Higher (The Diamonds are considered to be by far the most powerful Gems in existence, so greatly superior to others that even the thought of a Diamond getting "poofed" is considered laughable. They are much more powerful than characters such as Lapis Lazuli and fusions like Malachite and Alexandrite as well as weapons such as White Light. White Diamond in particular is vastly superior to the likes of Blue Diamond and Yellow Diamond) | Island level (Weapons such as The Harmony Core and Light Warriors are this strong, with White Lights and Geoweapons such as The Cluster being immensely more powerful) to Low Multiverse level (Weapons such as The Glass of Time are able to create and destroy entire alternate timelines)

Industrial Capacity: The Gem Empire is widely regarded as the single most advanced civilization in the entire universe, having developed technology such as micro-singularities, intergalactic space travel and teleportation, space and time manipulation, and a plethora of other technologies that are constantly stated to be too advanced for Humanity to ever fully understand, with even modern day technology being considered extremely archaic even compared to ancient Gem tech. In wars they are capable of making thousands of new soldiers in extremely short time periods using Injectors to sap resources from the planet theyre on and using them to make new Gems. Homeworld also has an immensely powerful military force, existing in a perpetual campaign of conquering new worlds to use as resources to make new Gems and expand their empire.

Weaknesses: Homeworld has a strict mentality of absolute conformity, that every Gem exists for a single purpose, and should they try to diverge from this purpose superior Gems will not hesitate to poof, shatter, or otherwise eliminate those they see as 'defective'

Galactic Empire (Star Wars) Galactic Empire's Profile (Weapons higher than tier High 6-A were forbidden, the Diamonds and the force users were sitting out, and speed is equalized)