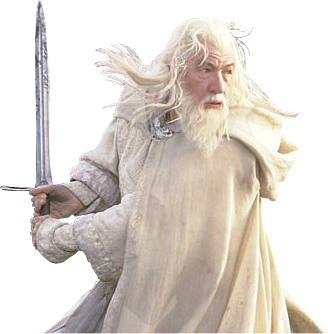 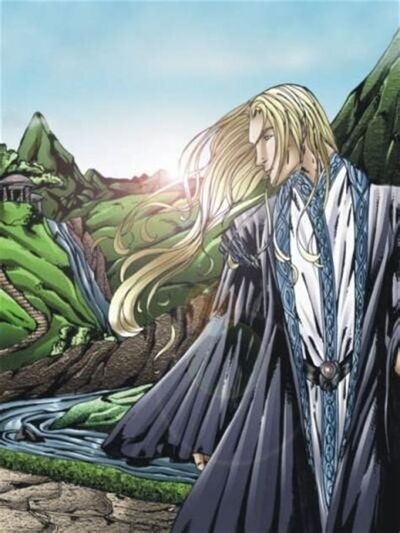 Powers and Abilities: Superhuman Physical Characteristics, Skilled swordsman, Light Creation (Can create light, either to see in dark places or to blind enemies), Telekinesis, Forcefield Creation (Created a forcefield strong enough to block the Durin's Bane's attacks) Immortality (Type 1), Telepathy, Mind Reading/Entrance into dreams (He can read minds and enter dreams), Communication with animals, Weather and Lightning Manipulation, Fire, Smoke and Heat Manipulation (Gandalf can create colored flame, create pillars of smoke, and cause fires to grow hotter and explode), Energy Manipulation and projection via Words of Command | All previous powers increased to a higher level (Stronger than Saruman), Invulnerability (He cannot be harmed by mortal weapons), Immortality (Types 1 and 2), possibly Power Nullification (After Saruman's staff was destroyed by him, he was stripped of most of his magic, despite the loss of Gandalf's staff having little effect on him) | All previous powers increased to a much higher level, Transmutation, Precognition, Resistance to Death Manipulation (In Lord of the Rings the land of the dead is a real tangible place, Mandos, and can be affected and exited. Ainur don't go there upon death, rather becoming spirits until the regenerate. The only way to keep them there is if they are physically brought there and held by physical might), Intangibility and Non-Corporeality (At the very least in spirit form), Immortality (Types 1, 3 and 4), Elemental Manipulation | Intangibility and Non-Corporeality, Reality Warping, Conceptual Manipulation

Attack Potency: At least City level (Managed to do considerable damage to a large mountain), likely Country level (Eventually managed to defeat Durin's Bane, despite dying in the process) | At least Country level, likely higher (Considerably stronger than before. Easily defeated Saruman. As the new White, he should be stronger than Galadriel) | At least Country level, likely far higher (Even stronger than before. As an Istari, he should be quite powerful, even among the Maiar) | High Universe level (The Maiar were like lesser Valar, having control over minor aspects of the universe, compared to their major ones)

Basic magic: ​Being powerful sorcerers, the Istari have access to many spells and the Words of Command, powerful spells that are much more dangerous than normal magic. Gandalf himself can remember all the spells in multiple languages, and most Istari can banish massive storms. They are some of the strongest magicians in Lord of the Rings, being well aware of most forms of magic and full capable of understanding the magic of the Dwarves. As the White he should also be able to use magic like that Saruman used to dominate the minds of Rohirrim soldiers and Théoden. Other Istari are implied to be able to banish massive storms.

Retrieved from "https://vsbattles.fandom.com/wiki/Gandalf?oldid=1945640"
Community content is available under CC-BY-SA unless otherwise noted.