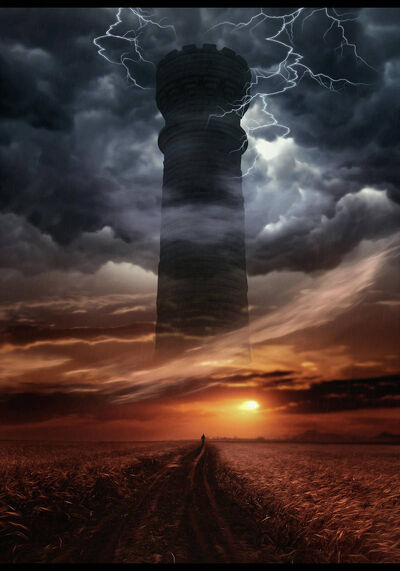 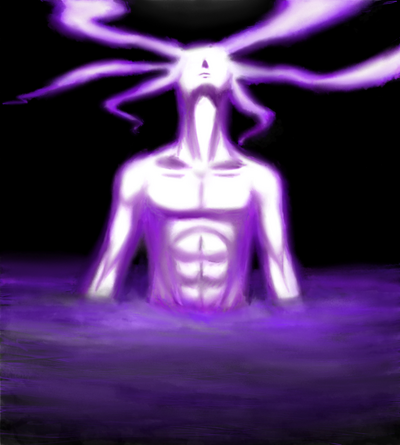 Gan is the Supreme God and animating spirit of the Dark Tower, being the deity most closely associated with the abstract alignment known as The White.

Although the Tower appears to be made of stone and glass, it is actually a living vessel for the spirit of Gan. Just as the ancient myths of Mid-World maintain that the world spun out of Gan’s navel, so both the Beams and the Bessa|red roses of Can’-ka No Rey spin out from the Tower.

Together, the Tower, the Beams, and the Rose form a living, singular force field which sits at the heart of End-World, and it is toward this energy field that Roland, the last of the line of Eld, is inevitably drawn.

Name: Gan, God, the Dark Tower, the White, the Other, the One, the Talisman, the Black House, the Purpose

Classification: Nexus of all realities | Supreme God, Animating Spirit of the Dark Tower

Attack Potency: High Hyperverse level (The multiverse which makes up the Dark Tower is comprised of infinite layers or "steps", each of which contains an infinite number of universes which are themselves infinitely larger than those found on the step below. It has been stated that an entire universe in one step can be contained within a single atom of a blade of grass in the step above, with this same step having an infinite multiverse which is itself contained within a grain of sand in the next step, and so on.) | Boundless (Exists as "the author of all that is" and the source of all songs and fictional stories within the Dark Tower setting. All characters, entities and locations within the setting, including beings such as Pennywise, Maturin and the other Beam Guardians/Demon Elementals as well as the undimensioned voids in which they reside, exist only as fictional creations within the songs and stories of which he himself is the progenitor. Even the weakest of such beings vastly transcends an infinitely-layered multiverse, predates the concept of time, and has existed since before the aforementioned multiverse was created.)

Speed: Nigh-Omnipresent (All universes and levels within the multiverse are part of the Dark Tower.) | Omnipresent (All that exists is but a manifestation of Gan, and his spirit is ever-present through all of it while simultaneously being beyond and outside of it.)

Durability: High Hyperverse level (His physical body, which is the Tower itself, encompasses an infinitely-layered reality. It can, however, be eroded away if its supporting Beams are destroyed by Breakers or other beings capable of disrupting their structure.) | Boundless

Intelligence: Omniscient (Knows all that ever was, is and will be, and is the author of all of reality. Everything that occurs is in accordance to his will.)

Weaknesses: If all of the Beams collapse or are brought down via outside means, the Tower will fall and the multiverse will cease to exist. | None notable.

Quote showing the size of the Dark Tower:

"If you fell outward to the limit of the universe, would you find a board fence and signs reading DEAD END? No. You might find something hard and rounded, as the chick must see the egg from the inside. And if you should peck through the shell (or find a door), what great and torrential light might shine through your opening at the end of space? Might you look through and discover our entire universe is but part of one atom on a blade of grass? Might you be forced to think that by burning a twig you incinerate an eternity of eternities? That existence rises not to one infinite but to an infinity of them?
Perhaps you saw what place our universe plays in the scheme of things - as no more than an atom in a blade of grass. Could it be that everything we can perceive, from the microscopic virus to the distant Horsehead Nebula, is contained in one blade of grass that may have existed for only a single season in an alien time-flow? What if that blade should be cut off by a scythe? When it begins to die, would the rot seep into our universe and our own lives, turning everthing yellow and brown and desiccated? Perhaps it's already begun to happen. We say the world has moved on; maybe we really mean that it has begun to dry up.
Think how small such a concept of things make us, gunslinger! If a God watches over it all, does He actually mete out justice for such a race of gnats? Does His eye see the sparrow fall when the sparrow is less than a speck of hydrogen floating disconnected in the depth of space? And if He does see... what must the nature of such a God be? Where does He live? How is it possible to live beyond infinity?
Imagine the sand of the Mohaine Desert, which you crossed to find me, and imagine a trillion universes - not worlds by universes - encapsulated in each grain of that desert; and within each universe an infinity of others. We tower over these universes from our pitiful grass vantage point; with one swing of your boot you may knock a billion billion worlds flying off into darkness, a chain never to be completed.
Size, gunslinger... size.
Yet suppose further. Suppose that all worlds, all universes, met at a single nexus, a single pylon, a Tower. And within it, a stairway, perhaps rising to the Godhead itself. Would you dare climb to the top, gunslinger? Could it be that somewhere above all of endless reality, there exists a room?..."

Jack Sawyer perceiving a mere aspect of what Gan is:

"In one sense he was not in the Agincourt at all, not in Point Venuti, not in Mendocino County, not in California, not in the American Territories, not in those other Territories; but he was in them, and in an infinite number of other worlds as well, and all at the same time. Nor was he simply in one place in all those worlds; he was in them everywhere because he was those worlds. The Talisman, it seemed, was much more than even his father had believed. It was not just the axle of all possible worlds, but the worlds themselves-the worlds, and the spaces between those worlds.
Jack Saywer was everywhere; Jack Sawyer was everything. A blade of grass on a world fifty thousand worlds down the chain from earth died of thirst on an inconsequential plain somewhere in the center of a continent which roughly corresponded in position to Africa; Jack died with that blade of grass. In another world, dragons were copulating in the center of a cloud high above the planet, and the fiery breath of their ecstasy mixed with the cold air and precipitated rain and floods on the ground below. Jack was the he-dragon; Jack was the she-dragon; Jack was the sperm; Jack was the egg. Far out in the ether a million universes away, three specks of dust floated near one another in interstellar space. Jack was the dust, and Jack was the space between. Galaxies unreeled around his head like long spools of paper, and fate punched each in random patterns, turning them into macro-cosmic player-piano tapes which would play everything from ragtime to funeral dirges. Jack’s happy teeth bit an orange; Jack’s unhappy flesh screamed as the teeth tore him open. He was a trillion dust-kitties under a billion beds.
He was the powdered henshit in Buddy Parkins’s nose, he was the trembling hairs that would soon cause Buddy Parkins to sneeze; he was the sneeze; he was the germs in the sneeze; he was the atoms in the germs; he was the tachyons in the atoms travelling backward through time toward the big bang at the start of creation.
He saw a googolplex of sparrows in a googolplex of worlds and marked the fall or the well-being of each.
He died in the Gehenna of Territories ore-pit mines.
He lived as a flu-virus in Etheridge’s tie.
He ran in a wind over far places.
He was...
Oh he was...
He was God."

Gan exists beyond everything and is the author of all there is:

"The Turtle spoke in Bill's head, and Bill understood somehow that there was yet Another, and that Final Other dwelt in a void beyond this one. This Final Other was, perhaps, the creator of the Turtle, which only watched, and It, which only ate. This Other was a force beyond the universe, a power beyond all other power, the author of all there was."