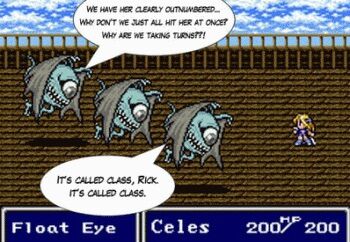 Game Mechanics refers to the abilities shown in games (usually video games) that are determined by the rules of the game (examples include hit points, levels, statistics, world map crossing in seconds outside of cinematics, etcetera) and are not necessarily indicative of a character's or entity's actual abilities.

Game mechanics are considered to be non-canon, and using examples of them in an argument is considered fallacious.

It is also important to remember the fundamental meaning of the term, and not arbitrarily use it when it is inappropriate.

Retrieved from "https://vsbattles.fandom.com/wiki/Game_Mechanics?oldid=6965415"
Community content is available under CC-BY-SA unless otherwise noted.