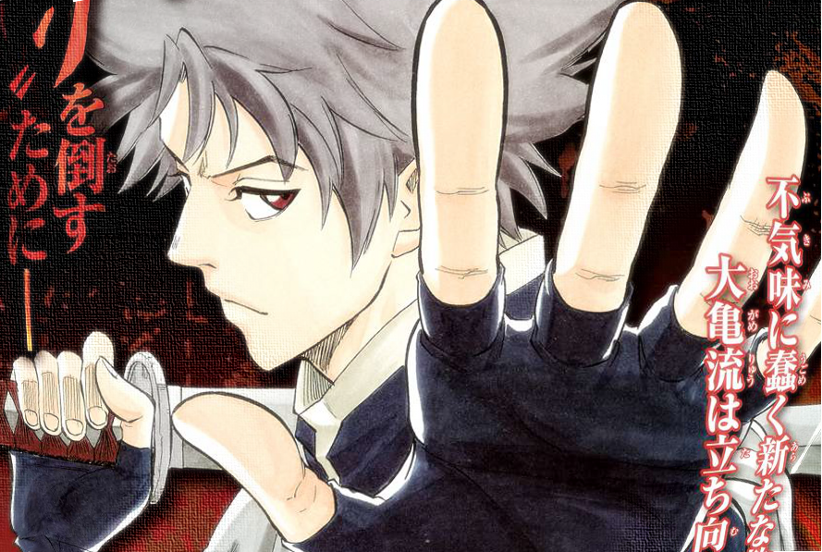 Gamaran (我間乱?, Romanized as GAMARAN in Japan) is a Japanese shōnen manga series written and illustrated by Nakamaru Yousuke. Gamaran chronicles the adventures of Kurogane Gama as he competes in the Grand Tournament of Unabara. Facing many opponents with powerful weapons and techniques, Gama must use all his skills in his quest to become the greatest swordsman in the land.

Middle Edo Period—One state becomes the gathering place for sinful martial artists, who believe in nothing other than power, knowing no other way-of-life than letting oneself go wild in battle. That powerful state is Unabara, the "Haunt of Demons"...

Naosata Washitzu, the Daimyo of Unabara, is looking for his successor. Calling upon his 31 sons, he tells them to search for whomever they believe to be the strongest martial arts style in the land. Once these 31 styles have been chosen, a great competition called "The Grand Tournament of Unabara" will be held. Pitting themselves against each other, these fighting styles will battle until one emerges victorious. The winner shall be known as the 'strongest fighters in the land', and the son who sponsored them shall become the Daimyo's successor.

In the mountains of Unabara lies the doujo of the "Ogame Ryū" (Giant Tortoise Style). There, Naoyoshi Washitzu, one of the 31 sons of Naosata Washitzu, comes in search of the legendary swordsman, Jinsuke Kurogane, the man known as "The Thousand Man Slayer". When he arrives he discovers that Jinsuke has disappeared and not been seen for several years. Instead he encounters Jinsuke's son, Gama Kurogane. After testing Gama's fighting style and skills, Naoyoshi invites Gama to fight for him in the upcoming tournament. Desiring to become stronger, Gama agrees to his offer, and here marks the beginning of Gama's quest to become the strongest of all...

A bit above human level with Subsonic speed.

Retrieved from "https://vsbattles.fandom.com/wiki/Gamaran?oldid=6610705"
Community content is available under CC-BY-SA unless otherwise noted.