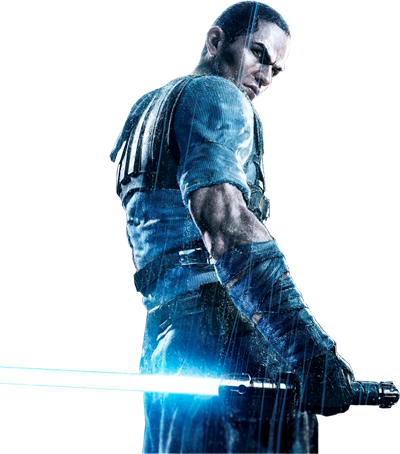 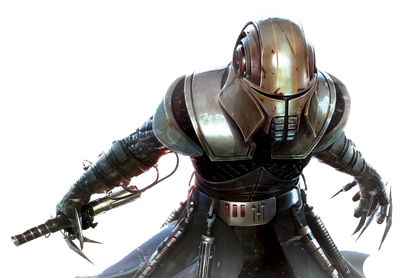 Starkiller, born Galen Marek and also known as The Apprentice, is the Dark Jedi anti-hero main protagonist of the Star Wars: The Force Unleashed project. The character's likeness and voice are provided by Samuel Witwer. Raised by Darth Vader, he is made Vader's secret apprentice under the name "Starkiller" due to being potent the Force and more of a "Force wrecking ball" than a true assassin. The character's name is taken from Luke Skywalker's original name "Annikin Starkiller".

Attack Potency: Planet level (Comparable to pre-A New Hope Vader, and should be superior to the likes of Yarael Poof) | At least Planet level (Should be stronger than his old-self, having fully embraced the Dark Side. Battled with and killed A New Hope Obi-Wan Kenobi, and defeated his Force Ghost. Effortlessly toyed with Empire Strikes Back Luke Skywalker)

Stamina: Very high (Capable of fighting off numerous Force using Starkiller clones and Darth Vader himself afterwards in a gauntlet like scenario)

Intelligence: Fairly competent tactically in combat and a decent enough mechanic/technician to make modifications to his own personal starship as well as speaking multiple languages outside of Basic

Weaknesses: Possibly prone to insanity due to being potentially an unstable accelerated Force using clone of the original Starkiller