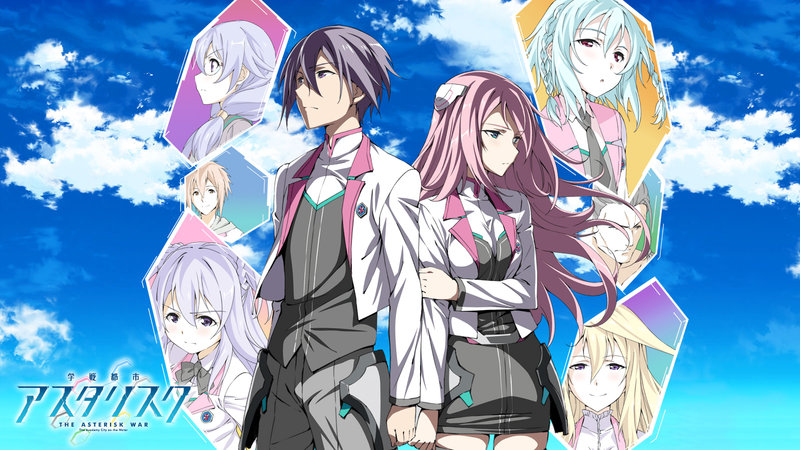 The Academy City on the water, Rikka. Commonly known as Asterisk, it is known around the world for the world's largest battle entertainment, the Festa.

Genestella students belonging to the six schools in Asterisk vye for supremacy by betting their wish with their Lux in hand - Amagiri Ayato is one of those students.

Arriving at Rikka after receiving an invitation from Seidoukan Academy's student council president Claudia Enfield, Ayato quickly incurs the wrath of the Gruen Rose Julis-Alexia van Riessfeld, forced to have to duel her.

Over time, he learns of her efforts to free her country from poverty and the Integrated Enterprise Foundation. Sensing a feeling from her similar to his missing sister, Ayato resolves to help Julis and challenge the Festa.