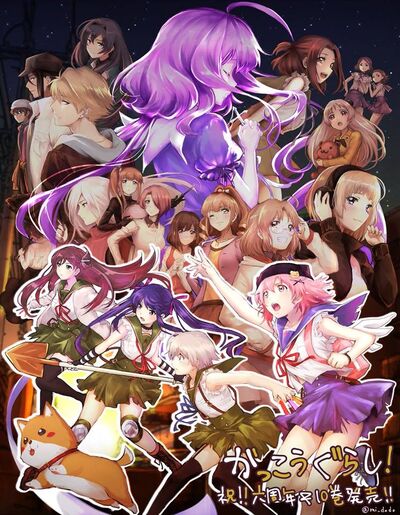 School-Live! (Japanese: がっこうぐらし! Hepburn: Gakkō Gurashi!, lit. "Living at School!") is a Japanese manga series written by Nitroplus' Norimitsu Kaihō and illustrated by Sadoru Chiba. The series began serialization in the July 2012 issue of Houbunsha's Manga Time Kirara Forward magazine and is licensed in English by Yen Press. An anime adaptation by Lerche aired between July and September 2015. A live-action film adaptation was released on January 25, 2019. Yuki Takeya is a cheerful high school girl who lives at Megurigaoka Private High School and spends time with the School Living Club alongside fellow members Kurumi Ebisuzawa, Yūri Wakasa, and Miki Naoki. After some time, a zombie outbreak overruns the city. The outbreak spreads to the school, and many students and teachers are infected as well, they included Kurumi's upperclassman and his girlfriend and Kei Shindo who is Miki's classmate. Yuki's classmates work hard to keep Yuki safe while she seeks out fun school activities every day. It is learned that Yuki is a delusional school girl, believing that everything is normal and her classmates and teachers are alive and well at first.

The first episode of the anime was well-received and sparked a ten-fold increase in manga sales. It was also viewed more than 1 million times on Niconico.

The official Twitter of Houbunsha's Manga Time Kirara magazines has announced that School-Live! has 2 million copies in print as of March 2017. The English release of the first three volumes were also included on the American Library Association's list of 2017 Great Graphic Novels for Teens, and the fifth and sixth volumes made the 2018 list.

Note: Within versus threads, the original poster should specify which incarnation of the characters that is being used.

Gakkou Gurashi verse is relatively strong, boasting superhuman characters and creatures. The verse is also riddled with a highly infectious bacteria that can easily be spread through air cause anyone infected by them to either become a Zombie

Some human characters such as Kurumi Ebisuzawa have a natural resistance to the bacteria and subsonic speed reactions, in attack potency deparment characters like Miki Naoki range from athlete physically to Street level with weapons.

While some zombies can be taken down by athletic humans, in larger numbers they are extremely dangerous and hard to kill or contain by normal means: 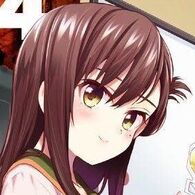 Yuuri Wakasa
Add a photo to this gallery 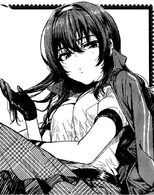 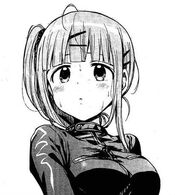 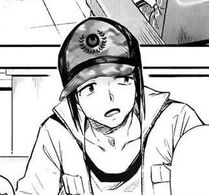 Takashige Shiromoto
Add a photo to this gallery

Taromaru
Add a photo to this gallery 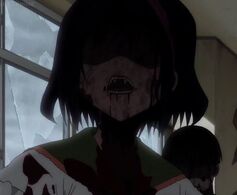 Zombie
Add a photo to this gallery