VS Battles Wiki
Register
Don't have an account?
Sign In
Advertisement
in: Characters, Naruto, Sand Users,
and 34 more 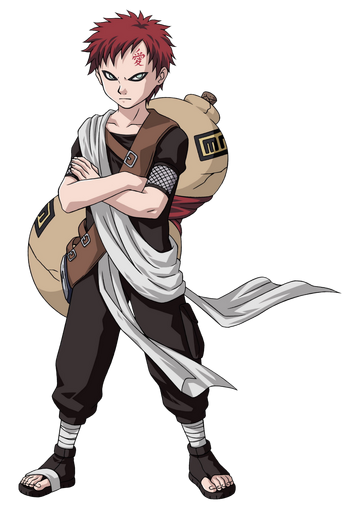 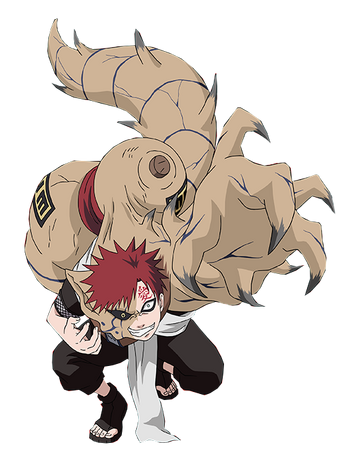 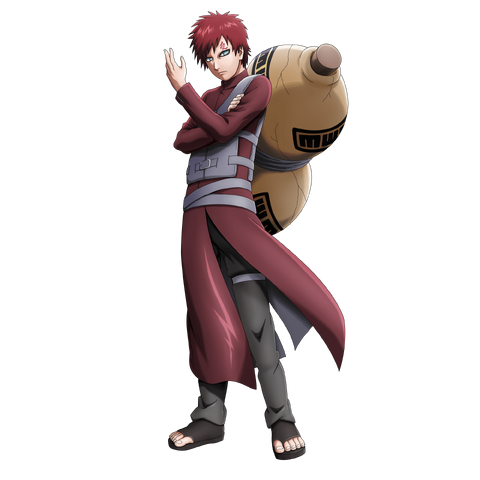 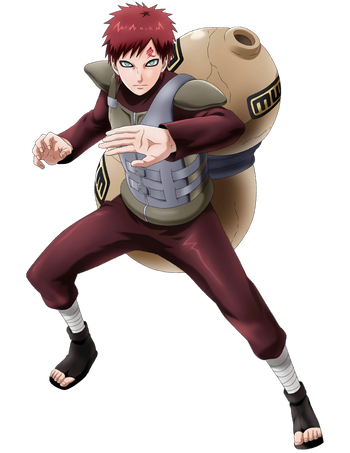 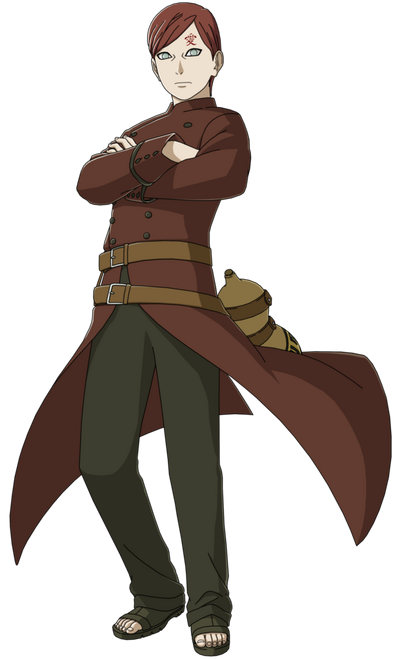 Gaara (我愛羅, Gaara) is a shinobi of Sunagakure. Before he was born, Shukaku was sealed within him, resulting in his mother's death. Regarded as a monster by the village and with nobody to love him, Gaara came to despise the world and began relying only on his strength, gaining the title Gaara of the Sand Waterfall (砂瀑の我愛羅, Sabaku no Gaara; English TV "Gaara of the Desert"). After his defeat by Naruto Uzumaki and his unwavering dedication to his friends, Gaara begins emulating Naruto's method and changes Suna's opinions of him. He eventually becomes the village's Fifth Kazekage (五代目風影, Godaime Kazekage; Meaning "Fifth Wind Shadow"), a position he maintains even after Shukaku is removed from his body by Akatsuki.

Superhuman Physical Characteristics, Acrobatics, Chakra Manipulation, Surface Scaling, Water Walking, Statistics Amplification (Can use chakra to augment his physical capabilities. Can also mix wind release with his sand in order to increase its speed and coverage area), Speed Enhancement with Shunshin, Shapeshifting (Can transform into living beings and inanimate objects), Multiple Selves (Types 1, 2 and 3 as a Jinchūriki), Air Manipulation, Electricity Manipulation, Earth Manipulation, Body Control, Sand Manipulation, Instinctive Reaction (Gaara's sand will protect him independently from his will), Barrier Creation (Gaara's sand acts independently and will always protect him), Duplication (Can create clones out of sand), Extrasensory Perception with Third Eye, Flight (Can use his sand as a form of flight for himself and others), Sealing, Paralysis Inducement (Via paralysis jutsu. Can also send particles to block and hinder movements), Sleep Manipulation (Can force himself to fall asleep to transfer control of his body to Shukaku), Soul Manipulation and Non-Physical Interaction with Chakra arms (Tailed Beast Chakra Arms users can interact with the soul)

Attack Potency: At least City Block level (He is one of the strongest participants in the Chūnin Exams), higher with Partial Transformation (Stronger than CS1 Sasuke) | Town level (Can generate vast quantities of sand that can level entire forests) | Mountain level+ (Fought against Deidara) | Mountain level+ (Even stronger than before. Together with Onoki, he was able to stop Madara's Tengai Shinsei. Took hits from Madara's Susanoo, and fought several clones at the same time) | Mountain level+ (At least as strong as before. Covered and saved the entire Sunagakure village from multiple meteors that were falling toward the village with his sand, and wasn't tired after that) | Mountain level+ (Superior to his previous state, should be comparable to Adult Rock Lee)

Stamina: Extremely high, as he can fight for hours non-stop against high-level opponents without getting winded

Intelligence: Fairly creative in the application of his sand powers; general knowledge of ninja techniques

Weaknesses: His Jutsu can consume large amounts of chakra, and can only use the one-tail to its strongest when truly asleep. Oil also makes his sand extremely heavy and difficult to control

Sand Manipulation: Sand is a versatile material, most often employed by the shinobi originating from Sunagakure for various purposes, including numerous supplementary functions ranging from concealment to disguise. However, the tool itself rose to prominence in the hands of the jinchūriki of Shukaku, who acquired the ability to manipulate sand through the beast, with the most renowned amongst these being Gaara. While Gaara is capable of controlling any sand, he keeps specially-made sand in his gourd, also made from this sand. This sand is infused with his chakra, allowing him to make faster and more powerful attacks.