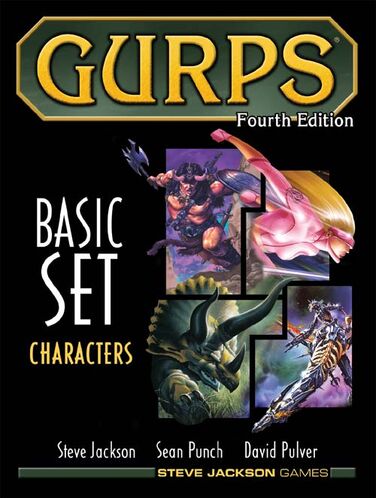 Summary of This Verse

GURPs is a tabletop roleplaying game designed to work with any and all genres, as opposed to other tabletop games, which were designed for a specific genre or theme. As such, the lore it developed ended up being wide, giving it a very science-fantasy esque feel to it.

Power of This Verse

For the most part, rather weak. Most characters and heroes are well below even planetary. Only plot device characters hold any significant power in the slightest.

However, as its multiverse was referred to as 9-dimensional, all god tiers in GURPS are 1-C.

Supporters and Opponents of This Verse