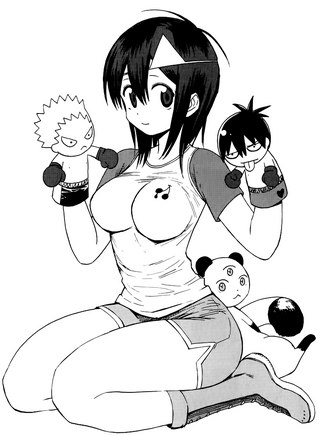 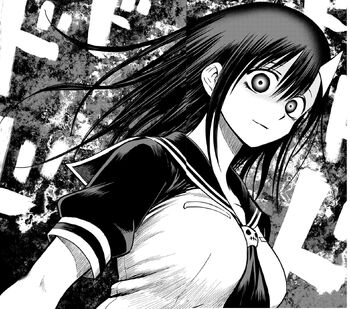 Fuyumi is a normal high school girl from Japan who becomes lost in the Demon World after traveling through the mysterious Black Curtain. She turns into a ghost after being eaten by a carnivorous plant, symbolized by the triangular headband she wears. After she becomes a ghost, Staz C. Blood vows to bring her back to life. In the final chapters of the manga, in an attempt to kill Akim Papradon, her and Staz merge into a perfect demon hybrid.

Attack Potency: Human level | At least City Block level, possibly Multi-City Block level (Contains the combined Maryoku of nearly all the demons in the Demon World, and is signifigantly stronger then Akim Papradon)

Stamina: Likely average for a girl her age | Near limitless due to her massive amount of Maryoku

Range: Melee range | Hundreds of kilometers (Drained the Maryoku from nearly every demon in the demon world)

Intelligence: She's a normal highschool student | After merging with Staz, she lends him control of her body and possibly possess all the combat skills of everyone Staz has absorbed.

Weaknesses: Fuyumi needs regular doses of magic from Staz or else she will begin to disappear. This is no longer a problem when she becomes a full Hybrid.

Retrieved from "https://vsbattles.fandom.com/wiki/Fuyumi_Yanagi?oldid=4517406"
Community content is available under CC-BY-SA unless otherwise noted.