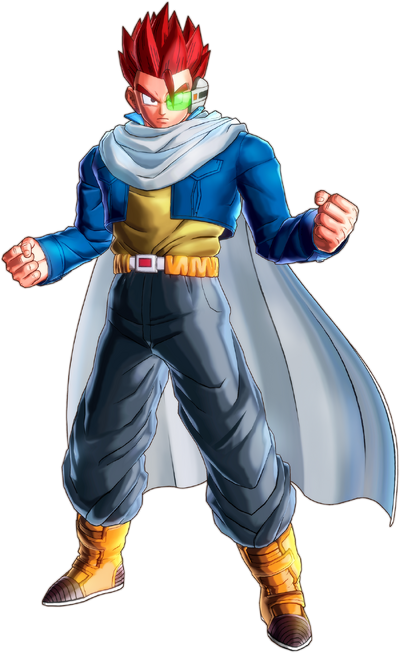 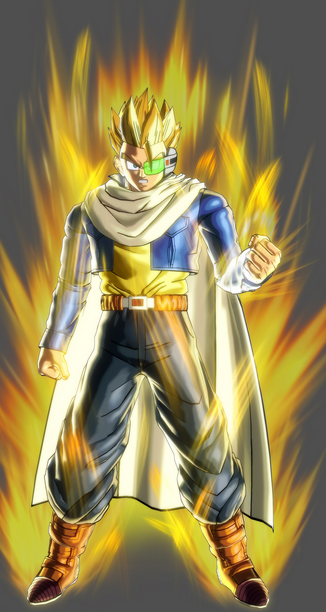 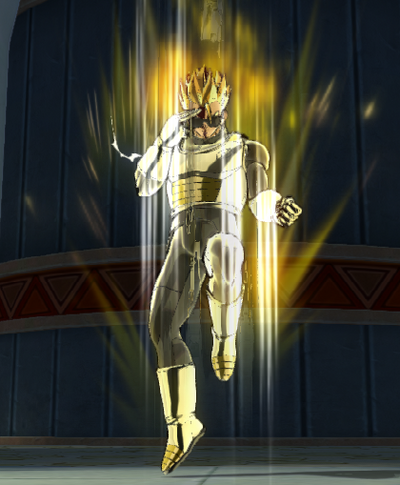 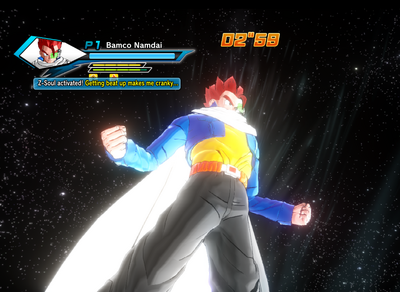 The Future Warrior (未来戦士) is a custom character and main protagonist in the video game Dragon Ball: Xenoverse, and is a crucial part of the game's story.

Gender: Unknown (Can be male or female depending on the player's preference), iconic is male

Age: Unknown, iconic appears to be in his mid 20's

Attack Potency: Large Planet level (Capable of fighting a Dark Magic enhanced Raditz) | Dwarf Star level (Fought on par with a weakened Great Ape Vegeta) | Small Star level (Able to match the Ginyu Force) | Solar System level (Helped Super Saiyan Goku defeat Dark Magic empowered Final Form Frieza) | Multi-Solar System level (Battled Dark Magic empowered Super Perfect Cell) | At least Galaxy level+ (Fought Dark Magic empowered Majin Buu, completely destroyed Mira's body) | Multiverse level (Killed Demon God Demigra Final with the help of Super Saiyan 3 God Ki Goku [Although if the player beat him fast enough they didn't need help from Goku] and fought on-par with Beerus and Whis in a test. The Supreme Kai of Time feared that, if Beerus and the Future Warrior were to fight, they would have destroyed the dimension of time they resided in, which is implied to be the Time Nest and the former being stated to be able to destroy everything. In the GT Saga, he fought a tag-teamed match with Gogeta against three amplified entities who were comparable to Super Saiyan 4 Gogeta's raw power, who is so powerful that Beerus praises his power, which he does not for Demigra) | Multiverse level (Trained for over 2 years and became far stronger than before. Fought on par with the Future Warrior and Time Patrol Trunks while being controlled by the Time Breaker Mask)

Intelligence: The Future Warrior is an incredibly skilled and talented combatant, quickly rising to become one of the strongest fighters in the series' history over the course of their adventures. Although a greenhorn at first, they show an incredible aptitude for learning, mastering virtually every signature technique of the most powerful fighters in the series, including the likes of Beerus, Goku, Frieza, Buu, among other individuals. Their rapid rise had them recognized by multiple individuals of great standing, including The Supreme Kai of Time, Whis, and Beerus, being trusted enough to go after Demigra to avoid the collateral that would occur should the God of Destruction attempt to dispose of him, showing far more restraint and control than even ancient fighters such as him.

Note 1: For a full list of the Future Warrior's techniques, see here.

Note 2: The Future Warrior is only part of the Dragon Ball Xenoverse game timeline, and has no relation to canon characters in Dragon Ball Super. 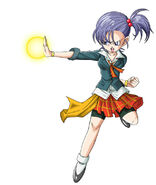 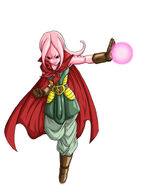 Frieza's race Future Warrior
Add a photo to this gallery