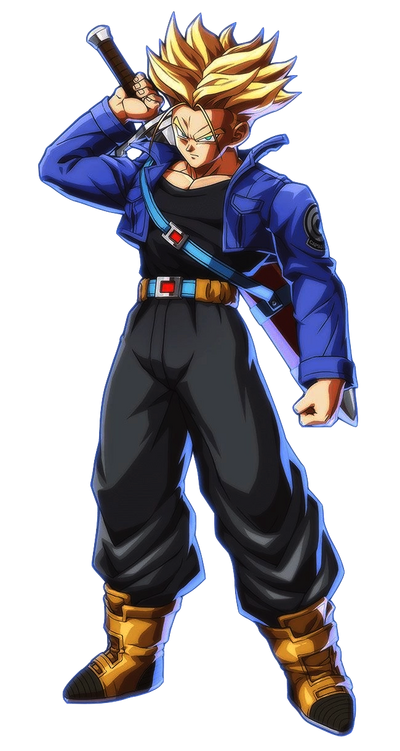 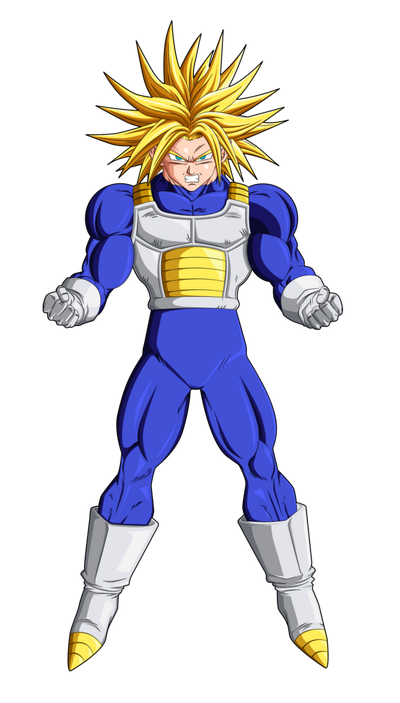 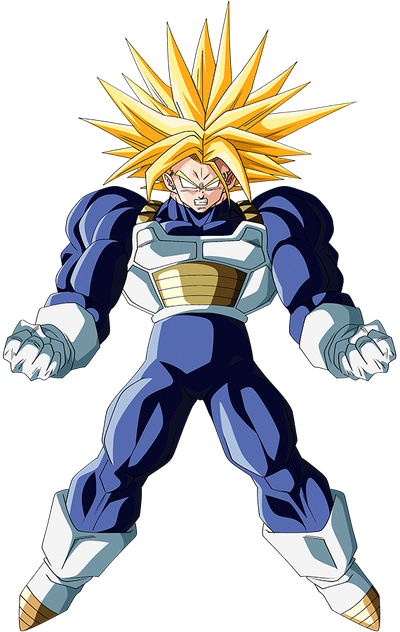 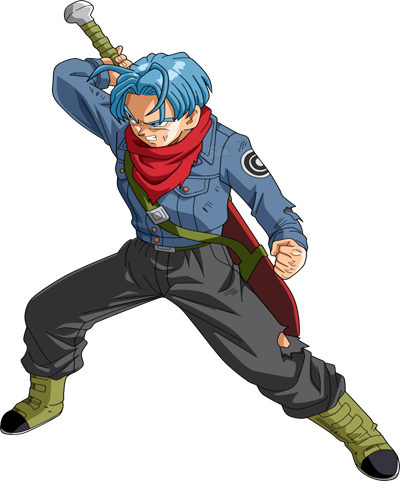 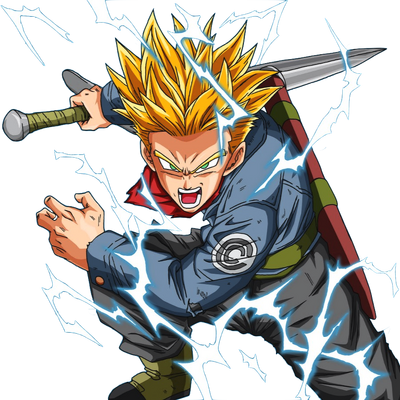 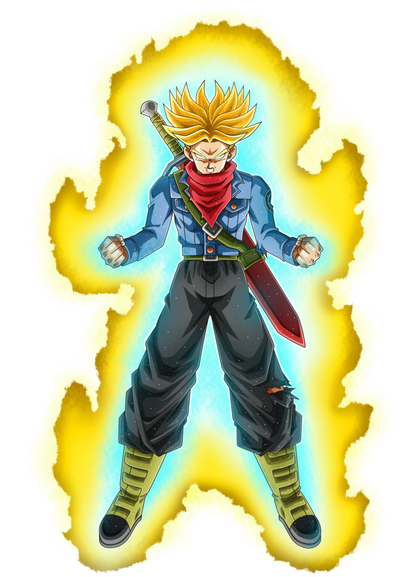 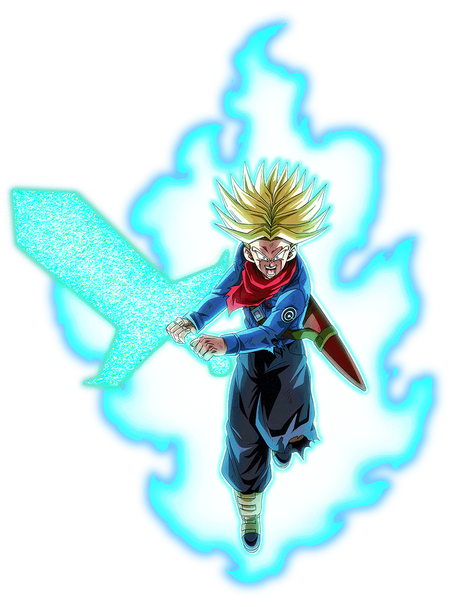 Future Trunks (未来のトランクス, Mirai no Torankusu) referred to in the series simply as Trunks, is the Saiyan and Human hybrid son of Vegeta and Bulma from the alternate future. Well-mannered, serious and very cautious, Future Trunks hails from an alternate timeline in which Android 17 and Android 18 murdered the Z Fighters and proceeded to create apocalyptic hell on Earth. Future Trunks is trained by Future Gohan as a teenager, and becomes a gifted fighter, swordsman and a Super Saiyan; traits that aid him greatly in the battle against the Androids after traveling back in time in order to save his own future.

Superhuman Physical Characteristics, Skilled Swordsman and Martial Artist, Flight, Ki Manipulation (Can be used defensively and offensively, to strengthen his skin or to fire ki blasts, which can home in on targets, and form defensive barriers), Ki Sensing (Can locate others by reading their ki), Acrobatics, Afterimage Creation, Shockwaves Generation, Accelerated Development (Training; Physical Stats, Abilities), Reactive Power Level (As a Saiyan, Trunks will grow stronger every time he fights and can attain additional strength in the midst of combat, especially after recovering from major injuries), Transformation, Resistance to Cold and Radiations, Teleportation, Time Travel (with his Time Machine)

All previous abilities, Resistance to Petrification (Can use his ki to deflect Dabura's stone spit), Energy Reflection with sword obtained in Dragon Ball Super, Rage Power, Sealing (Via the Mafuba), Energy / Ki Absorption, Possibly Portal Creation (Any character equal to or stronger than Buu Saga top tiers can perform the Vice Shout with sheer power)

Stamina: Very high in his base and all the other forms sans SSR, which constantly decreases his stamina.

Intelligence: Gifted. Trunks inherited some of his mother's genius with technology. He's also a fairly skilled martial artist and about the only character in Dragon Ball who doesn't mess around and does finish his opponent in combat.

Weaknesses: Trunks cannot breathe in the vacuum of space, he can't dominate very well his 3rd Grade state, and Cell noticed this saying him he is particularly slow in this transformation.