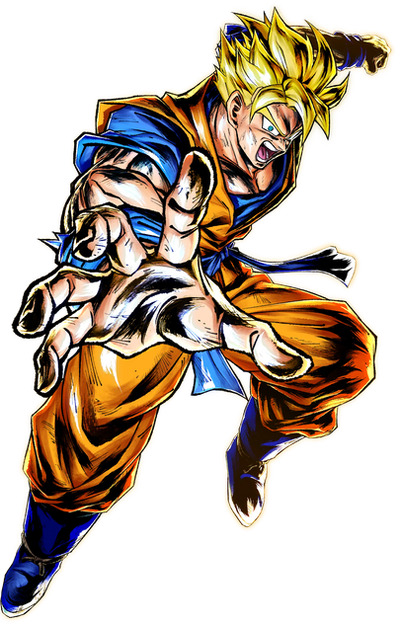 Future Gohan (未来の孫悟飯), referred to in the series simply as Gohan, is an alternate timeline counterpart of Gohan that appears in the timeline in which Future Trunks lives. In the original manga, he appears in a special chapter titled "Trunks The History - The Lone Warrior", and he made his anime debut in the Dragon Ball Z episode "Ghosts from Tomorrow" during one of Future Trunks' flashbacks. He received a much larger role in the television special, Dragon Ball Z: The History of Trunks.

Powers and Abilities: Superhuman Physical Characteristics, Skilled Swordsman, Martial Artist (Taught Trunks everything until he met the main DB cast, swordsmanship probably included), Acrobatics, Flight, Pressure Point Strikes, Ki Manipulation (Can be used defensively and offensively, to strengthen his skin or to fire ki blasts, which can home in on targets, and form defensive barriers), Ki Sensing, Afterimage Creation, Accelerated Development (Training; Physical Stats, Abilities), Reactive Power Level (As a Saiyan, Gohan will grow stronger every time he fights and can attain additional strength in the midst of combat, especially after recovering from major injuries), Transformation, Resistance to Cold and Radiations

Attack Potency: At least Dwarf Star level (Should not be that weaker than his Super Saiyan form) | Small Star level (Fought Future Androids 17 and 18, which were using less than half of their power)

Intelligence: Has years of experience in battle and also has a good bit of book smarts, although not as much as his alternate version.

Weaknesses: He only has one arm, and he can't survive in the vacuum of space.

Note: This is an alternate reality version of Gohan, from the same timeline as Future Trunks.