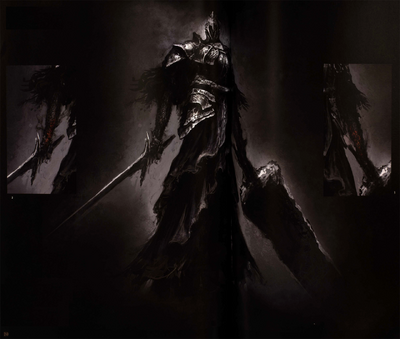 Fume Knight is a boss in the Crown of the Old Iron King DLC of Dark Souls II and resides at the bottom of Brume Tower.

Attack Potency: At least Island level+, likely Small Country level (Stronger than when he fought with Velstadt. His ultra greatsword is powered by Nadalia, a fragment of Manus)

Speed: Massively Hypersonic+ (Comparable to the Bearer of the Curse)

Striking Strength: At least Island Class+, likely Small Country Class (Can enhance the power of his Greatsword with dark fire)

Standard Equipment: A Fume Sword and a Fume Ultra Greatsword

Intelligence: Skilled swordsman and able to predict the opponent.