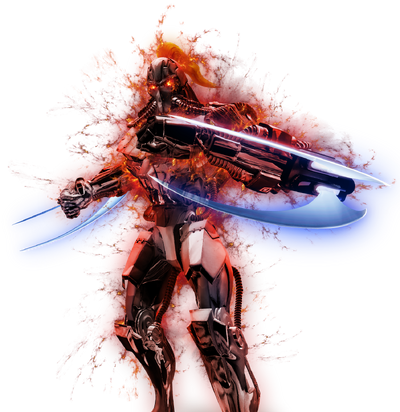 Though there are over millions of Fulgore's already produced nation-wide, they all share a similar fighting style that usually consists of hand-to-hand combat, athletics, arm-mounted blades, and lasers.

The most notable Fulgore is the one with the brainwaves of Thunder's brother: Eagle. This Fulgore is seen as the origin and the strongest out of all the Fulgore's built.

Attack Potency: Island level (Comparable to other characters such as Jago and Tusk)

Speed: Massively Hypersonic+ (His laser should move at speeds comparable to this)

Intelligence: Average (Fulgore only knows what he's programmed with)