Frosty Nights is a first person survival horror game, in the style popularized by Five Nights At Freddy's, which follows the player as they are attacked by Snowmen. The first night starts with the player listening to some tapes which reveal how snowmen were created by Santa and Mother Nature, and how they turned evil. The tapes also reveal how the previous owners of the house had their child killed by the Snowmen, and it has been abandoned until now. The game is five nights long, with snowmen being added as the nights progress to make the game a balancing act of sorts.

The verse is physically weak, with no character than Street to possibly Wall level. The main antagonist of the verse, the Snowmen, lack any sort of hax and only saving attributes are their Types 2, 3, and possibly 8 immortalities and Mid-High regeneration. They also have decent mobility via teleportation. The unseen characters such as Santa and Mother Nature have abilities like Mind Manipulation, Time Manipulation (to the point of pseudo-Time Stop), Life Manipulation, etc, but lack feats and stats.

Species
Add a photo to this gallery 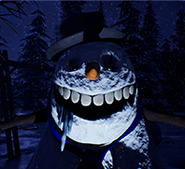 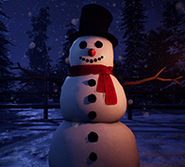 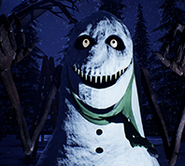 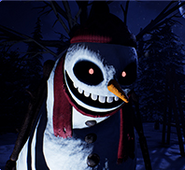 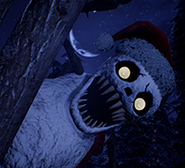 Li'l Santy
Add a photo to this gallery

Retrieved from "https://vsbattles.fandom.com/wiki/Frosty_Nights?oldid=6485545"
Community content is available under CC-BY-SA unless otherwise noted.