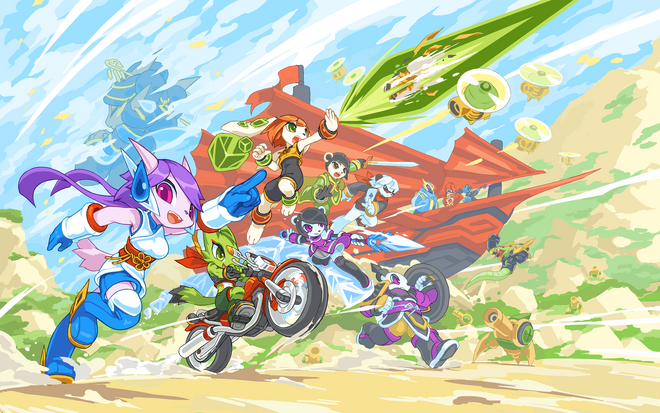 Freedom Planet is a combat-based 2D platform and the first full-scale game from independent developer GalaxyTrail. It follows Lilac, Carol, their new friend Milla, and Torque confronting Lord Brevon, an intergalactic warlord with thirst of conquer and destruction, after several robberies and trouble all around Avalice.

Its sequel, Freedom Planet 2, takes place two years later, and this time the heroines will face off Merga, a bio-engineered water dragon who has returned seeking vengeance on those who imprisoned her. Fun fact, the game was originally meant to be a Sonic fan-game.

The characters are not particularly strong, but they are far from weak. They are Building level in general, and they possess abilities like Ice Manipulation, Psychic Shield Creation, and many others. In terms of speed, Lilac is the fastest character so far, but she's only Supersonic+. The verse also lacks hax. However, all the characters are martial arts masters.