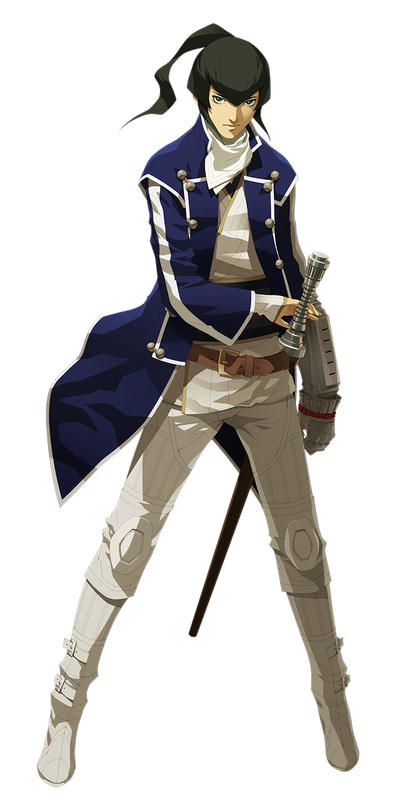 Flynn is the main protagonist of Shin Megami Tensei IV. He was raised in a small village of Kiccigiorgi in the Eastern Kingdom of Mikado. He and his best friend Issachar traveled from their hometown to the capital to participate in the Gauntlet Rite. He was chosen to become a samurai.

Standard Equipment: His various Swords, Spears and Guns, his Gauntlet.

Intelligence: Flynn is a silent protagonist whose actions and personality are based on the player. However, it can be assumed that he is a master warrior due to besting opponents like Lucifer, The Merkabah, Beelzebub and so on. Flynn is also proficient in many types of weapons and magic, making him a great all-around fighter. In Apocalypse, Flynn is shown to be a great leader who rallies the people of Tokyo to his cause.

Theoretically, Flynn can use almost any possible skill within Shin Megami Tensei IV. A full list of the skills can be found here