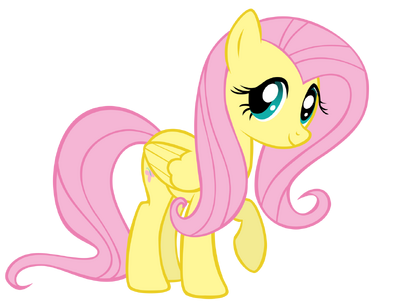 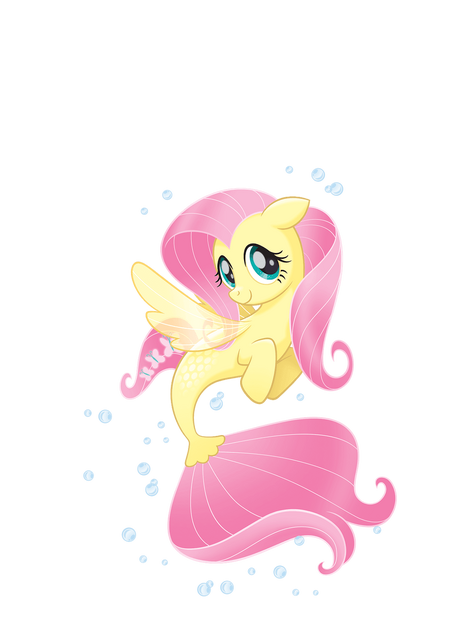 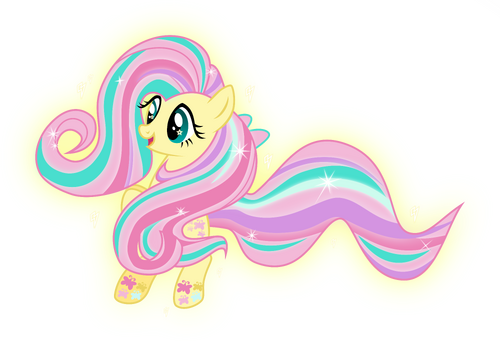 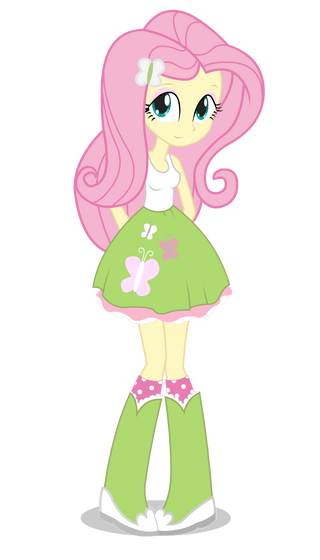 Fluttershy is one of the main characters of My Little Pony: Friendship is Magic, and represents the Element of Kindness. True to her name, she is often extremely shy and soft-spoken, though almost always very compassionate and caring. Fluttershy loves animals, and cares for dozens of them in her cottage. Fluttershy's kindness and patience made her Discord's first friend, as well as the key reason for his change of heart.

Powers and Abilities: Superhuman Physical Characteristics, Flight, Weather Manipulation, Iron will, "the Stare" (Allows her to subdue living beings and even revert petrification) | Same as base but stronger | Along with the other Elements of Harmony, When with other Elements, BFR by banishment, Petrification and Sealing, Removal of and Resistance to Mind Manipulation, and limited Reality Warping by reversing the effects of Discord. Magical forcefields to protect from and repel powerful magical forces that are not as strong as its users. | Can give the stolen flight, strength and magic back to the ponies of Equestria, even the Alicorns, Unlimited Flight, Forcefield Creation | Human level attributes

Speed: At least Hypersonic+ (Is slightly slower than most Pegasi), at least FTL when angry (Managed to surpass the corrupted Rainbow Dash, who can reach this speed, although Rainbow Dash was being weighed down. Kept up with Rainbow Dash when creating a tornado) | Massively FTL+ attack speed | Normal Human

Durability: At least Multi-City Block level+ | Country level when angry | Universe level+ | Universe level+ (Withstood Tirek's full power attack like it was nothing) | Human level, likely Wall level+, at the very least Country level when using the Magic of Friendship (She was able to tank a full power attack from Sunset Shimmer when she was using the Element of Magic)

Stamina: Above Average (Can run the entire Running of the Leaves without showing a decrease in stamina, can continue to work on acquiring a cure for a disease while suffering from the same disease herself) | Unchanged | Likely Superhuman | Above Average

Standard Equipment: None notable | Her Element of Harmony, which is Kindness | Her Rainbow Power Chest

Standard Tactics: Fluttershy is very pacifistic, and somewhat cowardly, so she typically avoids combat herself. Usually she tries to use the Stare on animals, though against other creatures such as the BugBear, she will fight along with her friends. She uses her Element of Kindness along with the Elements of her friends to defeat more powerful foes. She has no standard battle tactics when fighting alone against a being her Stare won't work on, and is typically the one who does the least amount of actual combat.

Weaknesses: She can completely lose her cool when angry, she is cripplingly afraid of dragons, is typically very pacifistic and somewhat cowardly (though she will face her fears if her friends are threatened), and she has severe stage fright. Although she has since grown out of it, in the first half of the series she was so shy she could barely speak properly in front of strangers and she could not say "no" when asked to do something she didn't want to do. Her Stare has little to no effect on magical beings or more aggressive creatures like flash bees. The Big Mac Proposal reveals that she has coulrophobia (a fear of clowns).