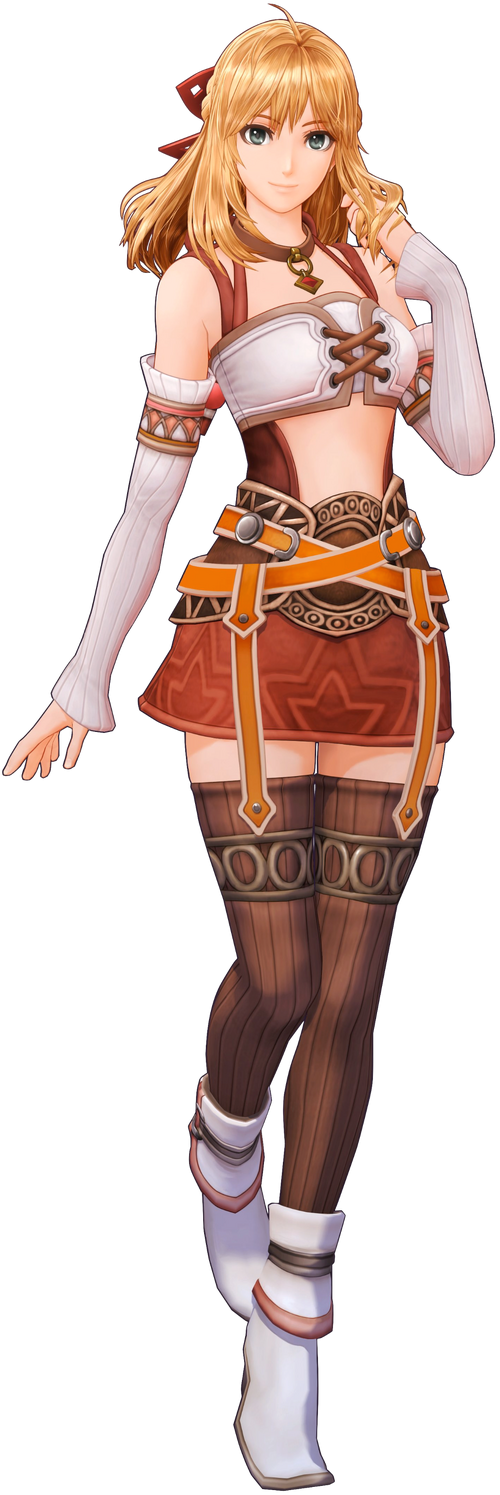 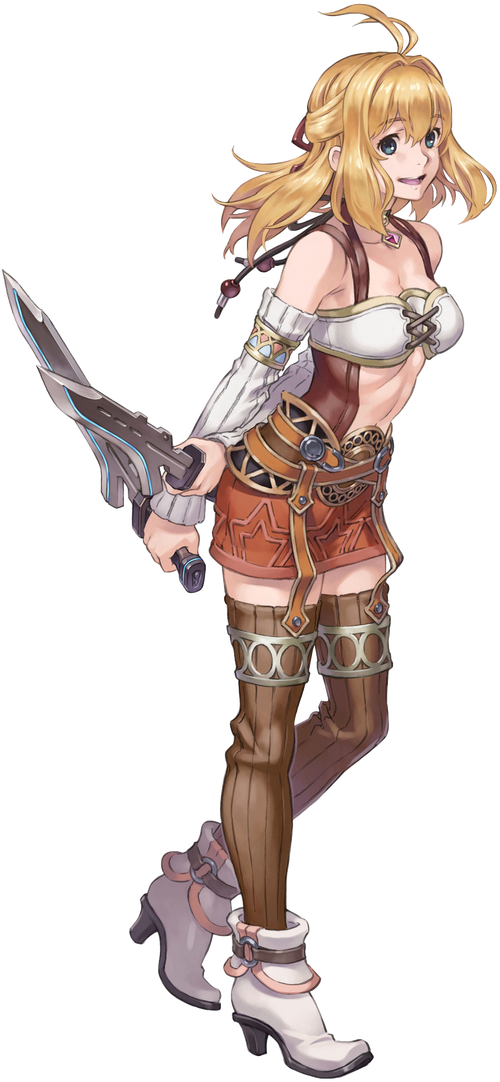 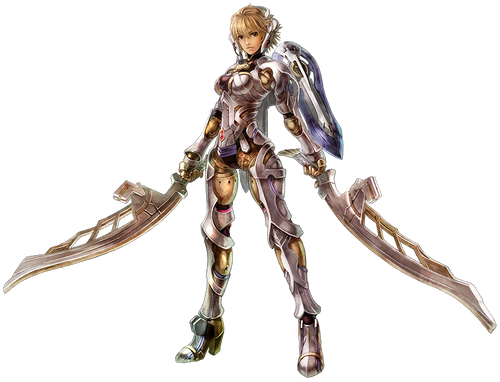 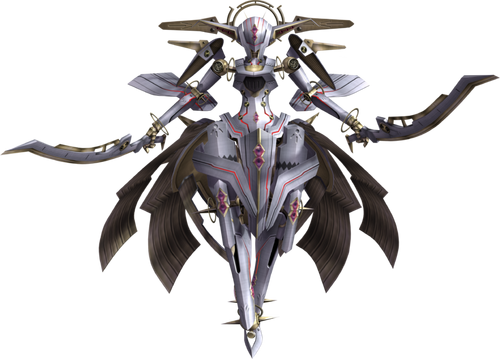 Fiora (Japanese: フィオルン, Fiorun, Fiorung; English dub: /fiˈɔərə/) is one of the seven playable characters in Xenoblade Chronicles. She is a childhood friend of Shulk and Reyn and is the younger sister of Dunban . She has a soft spot for Shulk and often cooks for him, for which he is grateful.

Classification: Formerly Homs (recovers it at the end of the game), mid game she is half Homs and half Machina

Superhuman Physical Characteristics, Regeneration (Low-Mid; Can use her genetic information to regenerate organs), Can control a Face Mechon, Summoning (Can summon drones to fight.), Can use two blades made of Mechon metal to Fly, Immortality (Type 7), Extrasensory Perception, Energy Projection, Forcefield Creation, Power Mimicry, Status Effect Inducement (via Bind), Sleep Manipulation, Paralysis Inducement, Statistics Amplification and Energy Absorption (via Power and Either Drain), Statistics Reduction, Explosion Manipulation, Electricity Manipulation (via Lightning Attack), Fire Manipulation (via Blaze Attack), Ice Manipulation (via Chill Attack), Poison Manipulation (via Poison Attack), Non-Physical Interaction (Can harm Nebulas, which lack any physical form), Attack Reflection (via Spike), and Life Force Absorption (via HP steal), Homing Attack and Danmaku (via Final Cross), Gravity Manipulation (via Zero Gravity), Damage Boost (via Second Gear), Probability Manipulation (via Weapon Power Gem), Limited Empathic Manipulation (via Lock-On), Healing and Purification (Type 3) (via Healing Energy; has passive Healing with Gems), Presence Concealment (via Cloak Gems), Damage Reduction (via Gaurd Shift), Supernatural Luck (Can survive a fatal blow with 1 HP via the Unbeatable Gem), Reactive Power Level, Resistance Negation, Enhanced Senses (Capable of hearing the Machina approaching the party through sound when no one else was able to hear them), Sound Manipulation (Should be capable of lowering her sound like other Machina), and Inorganic Physiology (Type 2; Had all of her organs removed in order to be compatible with her new Mechon Body)

Resistant to the following: Fire Manipulation, Ice Manipulation, Poison Manipulation, Paralysis Inducement, Bind, Sleep Manipulation, Confusion, Instant Death, Attack Reflection (via resisting Spike), Statistics Reduction, Radiation Manipulation, Empathic Manipulation, and Power Nullification (The ether gems allows him to be resistant to these when equipped), Immunity to Soul Manipulation (Lacks a soul once she's a mechon due to Meyneth being her soul, and dying to Zanza), Memory Manipulation (Able to remember Shulk and the party's identities after having those memories erased by egil; Should scale to Gadolt and claims to inherit Meynth's Memories) and Reality Warping (Is one of the homs who exist outside of the Passage of Fate)

Attack Potency: At least Large Building level (Comparable to her brother Dunban) | Planet level (Due being a little stronger than Metal Face with ether. Could fight off the Monado 2, which is the Monado that used by the Bionis, destroyed all Galahad Fortress and could fight off Yaldabaoth, which is the strongest Mechon) | Planet level (Comparable to Mechonis)

Range: Extended melee range. Tens of meters to thousands of kilometers at end-game with projectiles.

(Note: Only one kind of drone can be equipped at once)

Note: Homs Fiora has very few feats. The only notable feat is being able to pilot the Mobile Artillery with great skill.

Retrieved from "https://vsbattles.fandom.com/wiki/Fiora?oldid=6293044"
Community content is available under CC-BY-SA unless otherwise noted.