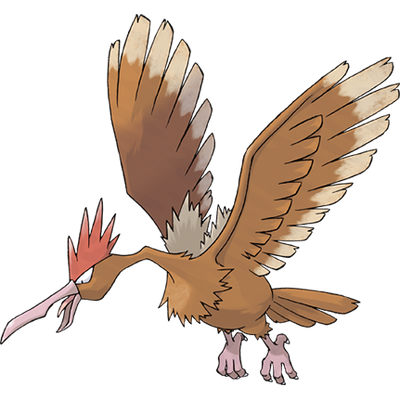 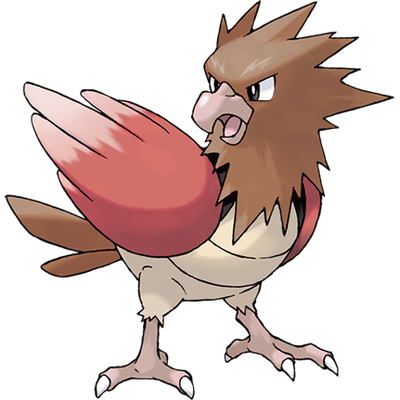 Fearow is the beak Normal/Flying Pokémon and first appears in Generation I. It evolves from Spearow at level 20.

Attack Potency: Multi-City Block level+ (Should be capable of fighting other Spearow) | At least Mountain level+ (A match for Pidgeot)

Speed: Massively Hypersonic+ (Can dodge lighting from Magnemite) | Relativistic+ combat speed and reactions (Comparable to other Fully-Evolved Pokémon, such as Golem)

Durability: Multi-City Block level+ (Should be at least as durable as Pidgey) | At least Mountain level+ via powerscaling

Stamina: High (It can fly for a day without any stops whatsoever)