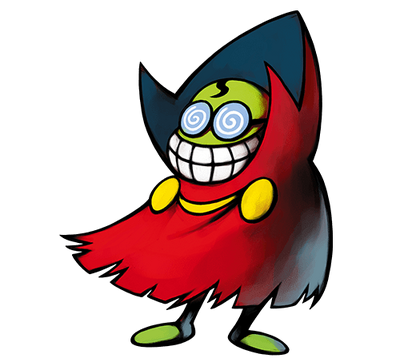 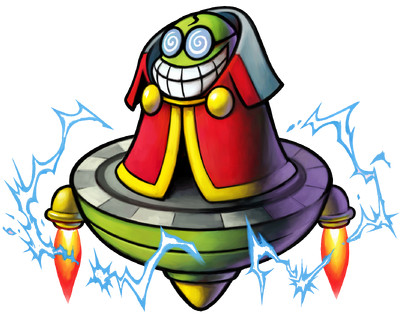 Fawful is a citizen of the Beanbean Kingdom who serves as a major antagonist in Mario & Luigi: Superstar Saga and Mario and Luigi: Bowser's Inside Story. Debuting as Cackletta's follower, he aided her in schemes to steal Peach's voice and the Beanbean Star in order to gain control of the world and then later in her conquest of the Mushroom Kingdom and Beanbean Kingdom, with both plans being thwarted by Mario and Luigi. He later returns causing a Blorbs epidemic on the Mushroom Kingdom and having Bowser swallow major citizens of the Mushroom Kingdom in order to mind control his minions to invade the Mushroom Kingdom and steal the Dark Star to use its dark powers to control the world. The character is fairly well known for his grammatically incorrect English, references to satire of low-quality video game translations, and making obscure food metaphors. Despite this, he's incredibly intelligent and a mechanical genius.

Speed: Massively FTL+ (Kept up with the Mario Bros)

Standard Equipment: His Vacuum Helmet and laser gun that can power-up and transform his allies and fire curving star-shaped projectiles.

Intelligence: Extraordinary Genius. Developed complex schemes and builds several complicated devices, robots and futuristic weapons. He even saw through the Mario Bros' trickery in handing him the fake Beanbean Star