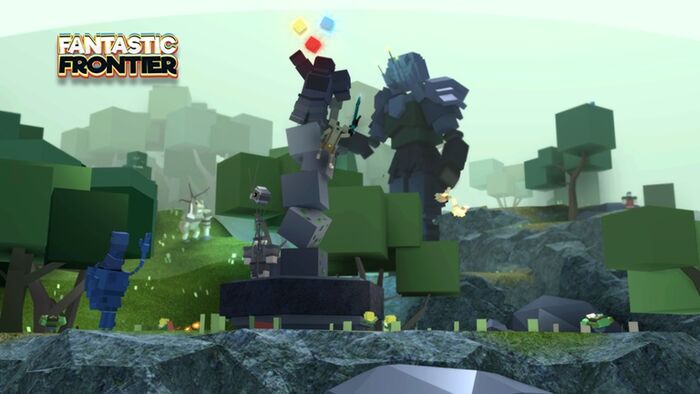 Fantastic Frontier is an online RPG that was released by Spectrabox in 2017 that was developed using Roblox Studio. The unnamed protagonist starts in a town with nothing but casual attire and a frail, wooden sword and intends on collecting various items - be it from harvesting plants, fishing, mining, or slaying monsters - to sell for a profit in order to strengthen themselves. While the player does this, they encounter a variety of strange new organisms ranging from ogres, giant worms constructed out of toy blocks, oversized ants, and unorthodox plantlife. The various opponents that the protagonist fights are - unlike most other RPGs - incredibly powerful, and even the weakest of which can easily kill the protagonist within a minor passage of time.

Nearly every character in this verse is - at a bare minimum - City Block level and Hypersonic via being comparable to the Ancient Iron Knight - a giant, knight-esque entity capable of swinging their massive sword several times faster than electricity - as well as players that can fight against them. Common enemies are able to put the protagonist's life on the line throughout the game. Despite this, the characters are lacking in hax (With the possible exception of Mr. 58 and the player).