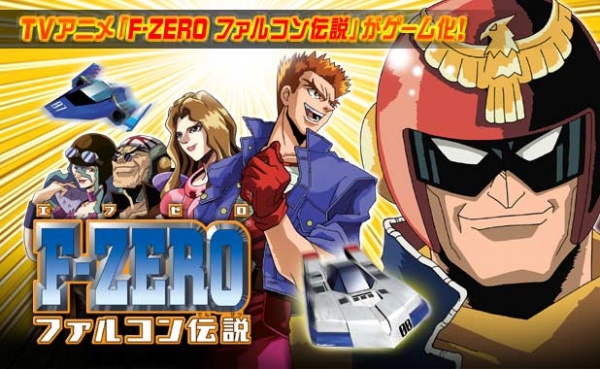 F-Zero: The Legend of Falcon is an anime based off of the F-Zero video game series that aired from October 7, 2003 to September 28, 2004. A 4Kids dub was in production for 13 episodes before eventually being cancelled.

Ryu Suzaku (also called Rick Wheeler in the 4Kids dub) was a racing prodigy and detective in the year 2051 before suffering a fatal car crash while in a car chase against a burglar named Zoda. A century and a half later, he wakes up in the future completely unharmed to know that he must now be revived to work for the Mobile Task Force while also competing in the F-Zero racing marathons to collect prize money to keep the organization afloat. This also served the purpose of stopping their rivals, the Dark Legion, from doing the same to support their evil desires. Ryu soon learns that the man who almost killed him, Zoda, had also been revived by the leader of the Black Legion: Black Shadow.

As he participates in the marathons, mysteries about the racing legend Captain Falcon and his fiancé from 150 years ago begin to develop, and it is Ryu's job to figure out these mysteries and eventually save the galaxy from Black Shadow's reign.

F-Zero: The Legend of Falcon is a very powerful universe. While Ryu Suzaku himself is only notably superhuman, characters such as Captain Falcon and Black Shadow possess Large Town level physical strength. Other notable characters such as Samurai Goroh and even Falcon himself have notable bullet-timing and FTE speed feats throughout the series. Some vehicles even reach MFTL+ speeds. Most notably the Dragon Bird EX, which escaped an explosion that engulfed part of a galaxy. Black Shadow is also known throughout the series for his versatile collection of hax abilities such as Black Hole generation, Dark Energy manipulation, and various elemental abilities. 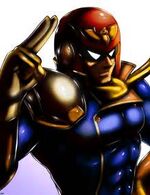 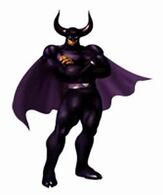 Ryu Suzaku
Add a photo to this gallery

Start a Discussion Discussions about F-Zero: The Legend of Falcon