Step 1: Find the Size of the Explosion

First, you have to find the exact page, or scene where an explosion is shown as a feat. Depending on the environment where the explosion occurred, you may have to scale the size of a smaller object that is shown in the map. Let's do an example...

An explosion of unknown size occurs in this picture, engulfing the object. Find the size of the explosion. The explosion is shown in the below scene. 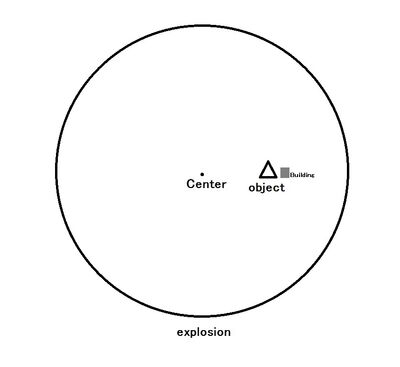 Step 2: Finding the Radius of the Explosion

From example 1, there is a scene that shows the object in relation to the object shown from the first picture. This is located below. We will use the height of the door as a reference in this case. 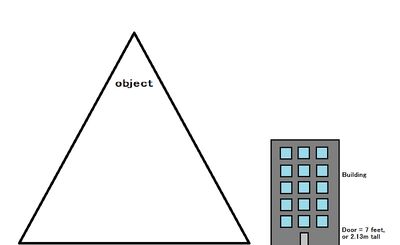 Here is a sample calculator that you can use in order to find the yield of an explosion, provided that you have found the exact diameter of it. Keep note that if the explosion is against a surface it is preferred, but not required, that you use the surface detonation setting on this calculator.

If you are having a hard time using the nuclear calculator, this equation can be used to find the yield of said explosion.

Durability From Tanking an explosion

Let's say an explosion occurs and a character endures the explosion. If that explosion doesn't occur close to the character the amount of energy that hits it will be significantly lower than the full energy of the explosion. To find the actual amount of the energy from the explosion that he/she tanks one first applies the inverse square law.

What does the inverse square law state?

How does that relate to the durability needed to survive an explosion?

Let's do an example.

An omnidirectional explosion of 7 kilotons of TNT occurs, and a human 30 meters away from the epicenter endures the explosion. How high is the durability of the human?