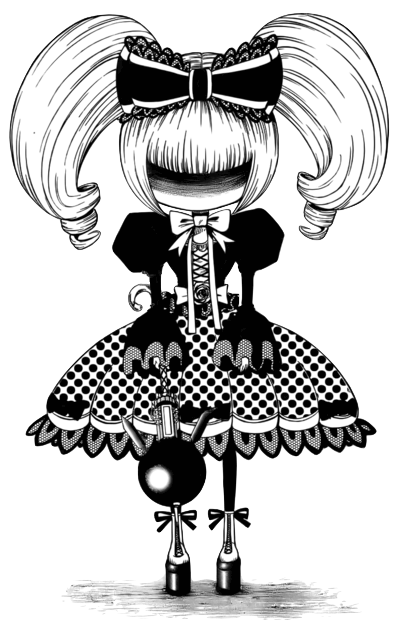 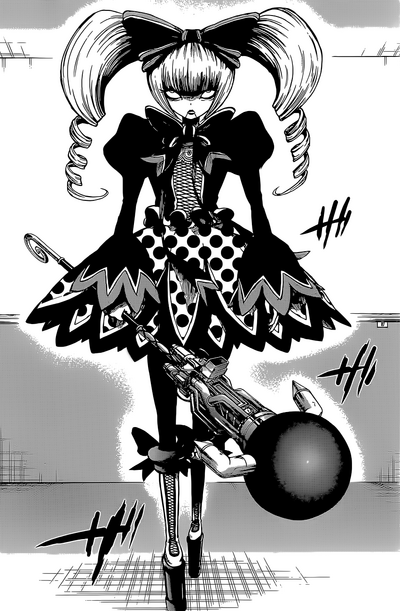 Explode M/ Liv (エクスプロド・M（マジカル）/ リブ) is the first Magical Girl to appear in the series Magical Girl Apocalypse. She first appeared at Kii Kogami's school and killed all students and teachers, and only a handful of students safely escaped. She later was summoned/ resurrected by Living Dead along with other Magical Girls to kill all fugitives within Tsukune's father's Hospital. When Tsukune was killed, the reality where she would create the Alternative Magical Girls and send them back to the past ceased to exist, and all Alternative Magical Girls, except Parasite M, were wiped out of existence.

In the next world, she was among the Alternative Magical Girls created by the future scientist Tonogaya as bodyguards for people who had memory of the disaster and ironically became Kii's personal bodyguard.

Stamina: High. Can slaughter an entire school in a short amount of time

Range: About 1 m (the length of her wand). After her transformation, the range can extend to several meters

Standard Equipment: Her wand, which looks like an umbrella-like prop with a large sphere and causes whatever it touches to explode.

Weaknesses: Without her wand, she is powerless. She dies permanently if her wand is destroyed. Her wand needs to make contact with the target to blow them up, although this is no longer a weakness after the transformation.