For detailed information about this series, visit the Exmortis Wiki 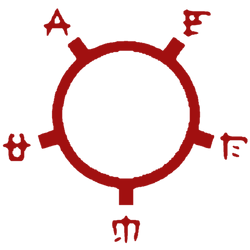 Taking inspiration from verses such as Hellraiser and The Evil Dead, Exmortis is a point-and-click indie horror series developed by Ben Leffler in the early 2000s.

In Exmortis I, you take control of a nameless protagonist who wakes up in the middle of the woods at the dead of night with no recollection of how they got there, they proceed into a dark cabin and undergo a series of revelations as to who they appear to be, with whispers coming from the unknown, they are influenced into becoming the Hand of Exmortis, releasing the Ancient Vlaew and dooming mankind to inevitable extinction.

In Exmortis II and III, you play as Mr. Hannay, one of the now few remaining souls left of humanity. You seek to stop the Exmortis by extinguishing the Hand of Repose and are guided by the mysterious Vlaew in achieving this task, only to be later betrayed by Vlaew upon completing your mission, allowing him to assume control of the Earth Realm without potential for revolt, but your soul lingers on as you plot your revenge.

Despite appearances, Exmortis is a deceptively powerful verse, with notable characters having the strength to shake the Earth in their prime and move faster than the eye. The verse also possesses very powerful hax in the form of Explosion Manipulation, Soul Manipulation, Life Manipulation, Time Travel, etc.

The Exmortis
Add a photo to this gallery 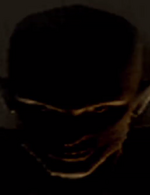 Hand of Repose
Add a photo to this gallery