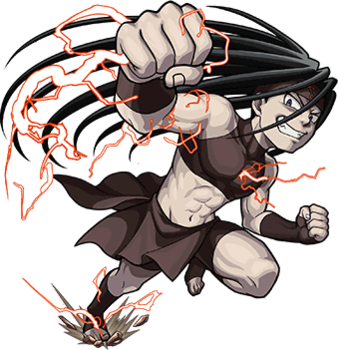 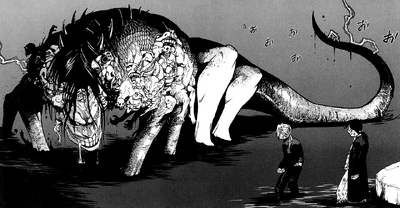 Envy (エンヴィー Enbī) is the embodiment of some of Father's envy. Envy is genderless, and its resentment of humanity is more heartful and personal than any other homunculus; having caused the Ishvalan war by shooting a child in the head while in the guise of an Amestrian officer.

Powers and Abilities: Superhuman Physical Characteristics, Shapeshifting, Sizeshifting, Immortality (Types 1, 3 and 8), Self-Sustenance (Type 2), Regeneration (Low-High; reliant on the philosopher stone which is an exotic matter that can take the form of a solid or liquid. The philosopher stone has shown to not be destroyed by from comparable or higher attack potency to the user unless it runs out of souls used from regeneration. Regeneration will not happen if the amount of soul from the philosopher stone is low, also), Transformation, Resistance to all poisons, toxins, venoms, viruses, bacteria, allergen, diseases, etc, Body Control, Can take control of the body of a human or Homunculus host, Absorption

Attack Potency: Building level (Can injure Edward and Ling), higher when transformed (Far stronger than before, and can break Edward's ribs with one attack) | Below Average level (Smaller than a human hand)

Speed: Supersonic+ (Can keep up with Ling Yao) | Below Average Human

Durability: Building level (Took a punch from Edward without even flinching), higher when transformed | Below Average level

Weaknesses: Likes to underestimate its foes. If killed enough times, Envy will run out of souls to regenerate causing Envy to another form or turn into dust killing it for good. Although, this weakness is somewhat circumvented by Envy being able to absorb souls to add to its stone.

Envy's true form.
Add a photo to this gallery