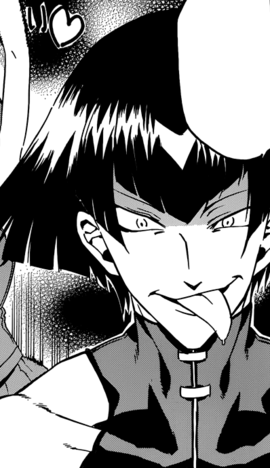 Enshin (エンシン Enshin) was a former pirate ranging in the eastern seas until he was picked up by Syura during his travels due to his talent in swordsmanship.

Much like the other members of Wild Hunt, he had an obsession with chaos and carnage. In particular, he was shown to be extremely abusive towards females and raped many in the short time that he was brought into The Empire by Syura.

Speed: Hypersonic+ (Can fight against Kurome)

Shamshir - A curved-blade Teigu that is capable of creating aerial blades. However, its ability is dependent on the lunar cycle.

Retrieved from "https://vsbattles.fandom.com/wiki/Enshin?oldid=4110909"
Community content is available under CC-BY-SA unless otherwise noted.