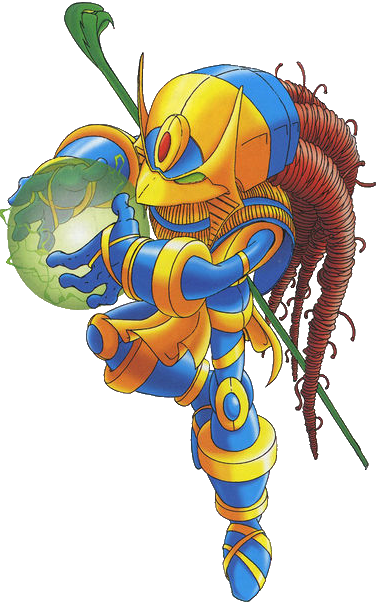 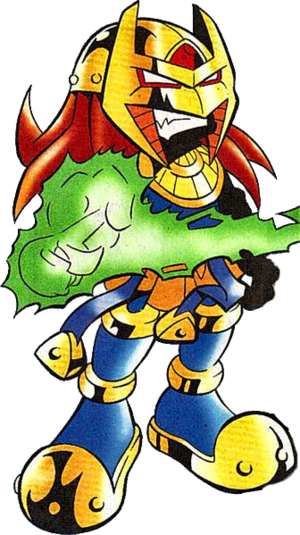 Enerjak is a major antagonist that appears in the Sonic the Hedgehog comic series and its spin-offs. He was a malevolent Chaos demigod whose essence was scattered across the Chaos Force, and over the ages, his spirit would take over several of echidnas bearing great potential, becoming avatars of him and showing a villainous alter ego within them.

Attack Potency: Multiverse level+ (Knuckles Enerjak fought with Super Sonic and Mammoth Mogul performed all of his feats after having almost completely drained Enerjak of his power, which includes wounding the Ancient Walkers) | Multiverse level+ (Transcended lower planes of existence elevating to the level of Chaos Force, a realm outside the space-time of infinite universes)

Intelligence: Supergenius (Was a key researcher in Chaos Power before his ascension)

Weaknesses: His form is permanent so long as he is not killed or being subjected to a siphon device or a magical artifact like the Sword of Acorns, which can drain his powers and revert him to his original state. | None notable

Note: This profile lists both true Enerjak and the hosts for his scattered essence.

Ultimate Madoka (Puella Magi Verse) Madoka's Profile (Both were at their respective peaks).