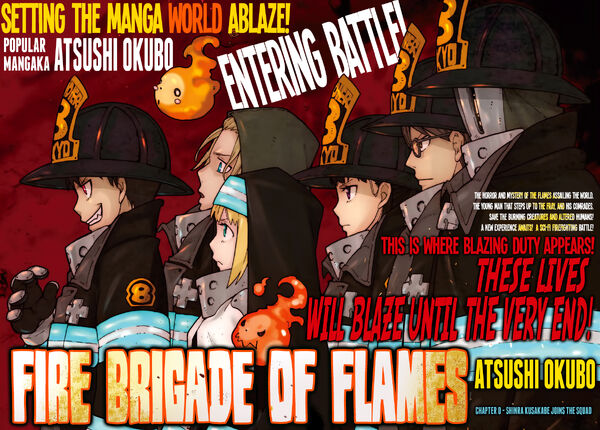 Enen no Shouboutai (炎炎ノ消防隊, literally Fire Brigade of Flames) is a manga series written and illustrated by Atsushi Ōkubo.

An unexplainable phenomenon of people bursting into flames assails humanity. Put your life on the line to extinguish the flames! A great conflagration that will shake up the manga world! A sci-fi firefighting battle!

Currently the verse has Town level AP and durability, with Mountain level+ AP for the strongest characters. Nataku Son has also shown a Multi-Continent level feat. The verse has speeds ranging from Massively Hypersonic to Relativistic to Speed of Light to FTL.

And each character that has any notable feats belongs to the special kind of people that is either able to manipulate pre-existing flames (even into solid objects) or create flames from a -induvidual for each person- defined body part (that can also be used in order to enhance stats), each character that belongs to the group that creates their own fire (3th Generation in-story) is immune to fire and heat (they can still feel it but don't suffer burns). With equipment, wind, ice and lightning manipulation is also possible. 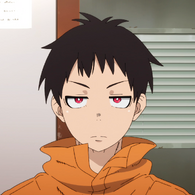 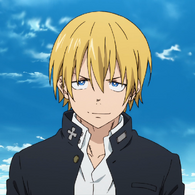 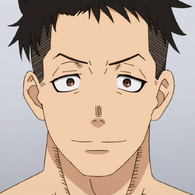 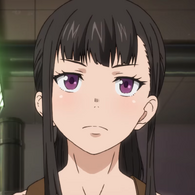 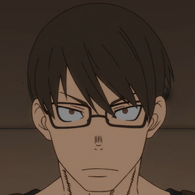 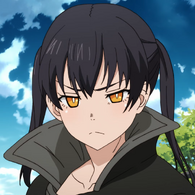 Tamaki Kotatsu
Add a photo to this gallery 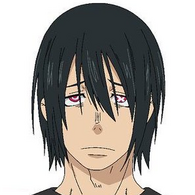 Benimaru Shinmon
Add a photo to this gallery 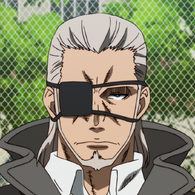 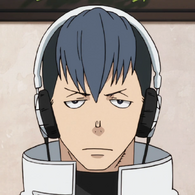 Karim Flam
Add a photo to this gallery 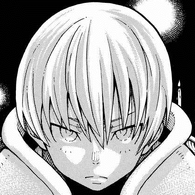 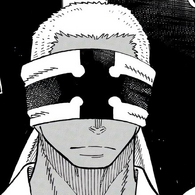 Charon
Add a photo to this gallery 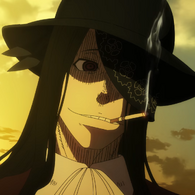 Joker
Add a photo to this gallery

Start a Discussion Discussions about Enen no Shouboutai