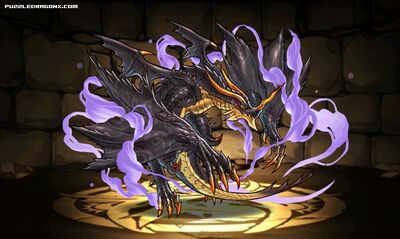 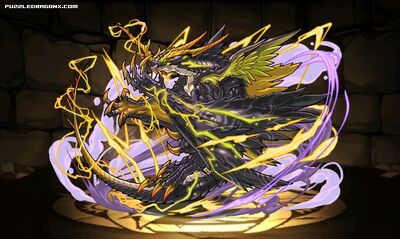 Night Skydragon, Elysium is one of the Skydragons from Puzzle and Dragons. Created after Zerclea and Arkvelza, Elysium was made with a group of elemental Skydragons who would keep balance over the world and impart their power into it. Elysium's gift to the world was darkness and serenity for all living creatures.

Elysium resides within the Temple of Darkness, accepting challenges from Dragon Tamers wanting to test their worth and awarding boons to those who can prove themselves. However, during Puzzle and Dragon Z, he fell under the control of the group known as Paradox and was forced to fight the player character without restraint.

Intelligence: High (Has existed for several hundreds of millions of years, has helped to keep the balance of the planet, and has battled generations of Dragon Tamers as a rite of passage)

Retrieved from "https://vsbattles.fandom.com/wiki/Elysium_(Puzzle_and_Dragons)?oldid=5932246"
Community content is available under CC-BY-SA unless otherwise noted.