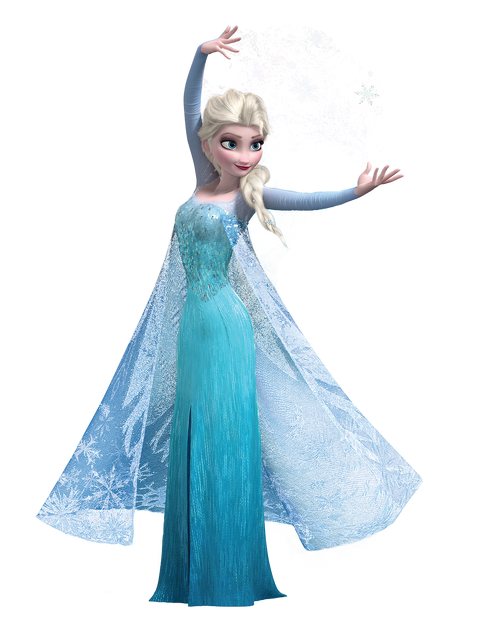 Queen Elsa of Arendelle (also known as the Snow Queen) is the deuteragonist of Disney's 2013 animated feature film, Frozen, and the protagoinst of its 2019 sequel, "Frozen II".

She is the firstborn daughter of former monarchs Agnarr and Iduna, older sister of Princess Anna, and the contemporary ruler of Arendelle. Her powers over ice and snow ultimately led her to become the Snow Queen at adulthood.

Elsa is loosely based on the titular character of "The Snow Queen", a fairy tale by Hans Christian Andersen, and to a much lesser extent, Kai from the same story. While the character from the original fairy tale was neutral and, to some degree, villainous, Elsa was rewritten as the deuteragonist.

Durability: Likely Wall level (Managed to take hits from The Nokk, which should be at least as powerful as an ordinary horse)

Intelligence: She can visualize and construct complex ice structures. Is a capable diplomat, reigning as the queen of Arendelle

Weaknesses: She used to be afraid of her own power (This was resolved at the end of Frozen)