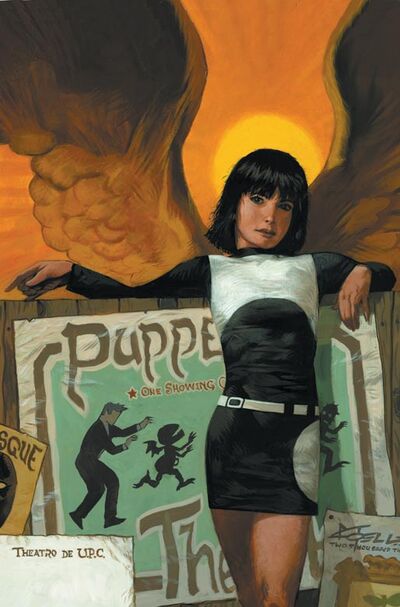 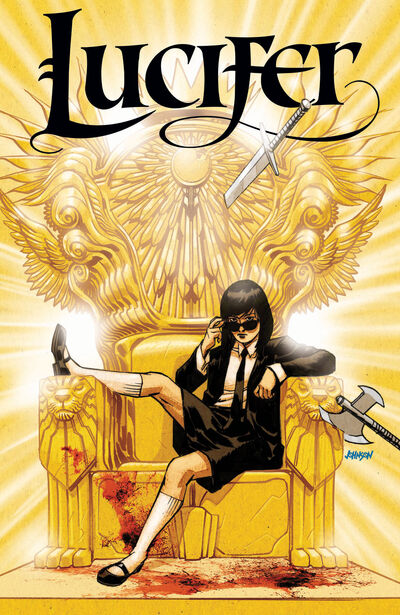 Elaine Belloc is a fictional character in the DC/Vertigo Comics series Lucifer created by Mike Carey. Elaine was created by Carey specifically for the Lucifer series, and her character is that of a young girl with special powers who encounters Lucifer and takes part in the adventures and battles surrounding him. She is the half-angel daughter of the Archangel Michael Demiurgos, and thus a direct descendant of Yahweh. She is the one who inherits The Presence's rule over Creation and assumes the Throne of God.

Name: Elaine Belloc, God, The Unnamed, Lord of Heaven, The Creator, Mother of Creation, Goddess of Everything Minus Hedgehogs

Attack Potency: Varies. At least Planet level, likely higher (Though she doesn't fully control nor understand her powers, she proved capable of easily turning a realm of the Dreaming upside down) | Unknown (Is the Guardian Spirit of Lucifer's entire Multiverse) | Outerverse level (As powerful as Michael Demiurgos, as she contains his power) | Outerverse level (Was granted control over Creation, becoming the new God, replacing The Presence)

Durability: Unknown (Often no more durable than an ordinary human) | Unknown (Survived the trip to Yggdrasil, which harmed even Lucifer and Michael, though this may be an inconsistency) | Outerversal | Outerversal

Intelligence: Above Average Human | Vastly Superhuman (Due to living for Billions of Years) | Unknown, possibly Nigh-Omniscient | Nigh-Omniscient (Fully Omniscient to the point of acting like the comic's narrator, though holds one limitation, being unable to know the minds and hearts of comparable beings)

Weaknesses: Doesn't fully Comprehend nor control her powers | None Notable | Doesn't hold full control over the Dunamis Demiurgos | Has to discover her Godly powers by herself