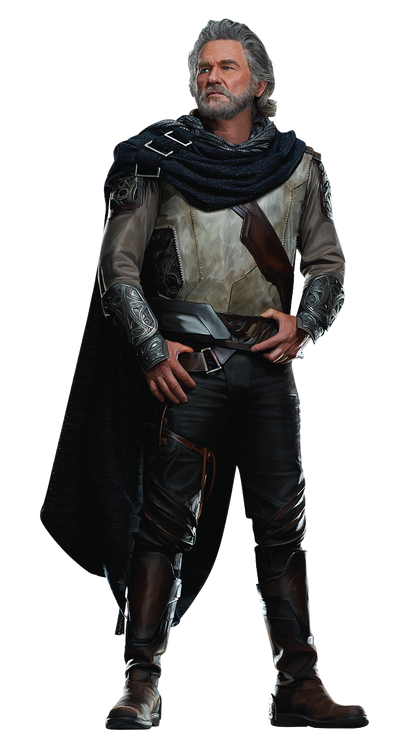 "Ego" was a Celestial, a primordial and extremely powerful entity, and the father of Star-Lord. He originally appeared to be a caring and wise father with a cocky personality, similar to his own son. However, it is later revealed that he is a ruthless entity with a god complex who wishes to conquer the universe. He is a mysterious adventurer from far parts of the galaxy who has heard the legend of the Guardians of the Galaxy following the Battle of Xandar and has come to meet them for the first time.

Reunited with his son in 2014, Ego desired to forward his plan to rule the universe by using his son's Celestial genes to terraform the planets he had planted alien seedlings on. Ego's plans were foiled by the Guardians of the Galaxy and he was ultimately destroyed by their hand.

Tier: At least 8-C, 8-A with powers | High 6-C to High 6-B with Environmental Destruction

Attack Potency: At least Building level (Fought against a Celestial Quill, destroyed some of the infrastructure within the moon in the battle), up to Multi-City Block level with powers (Destroyed an entire fleet of spacecrafts) | Large Island level (Has full control over his moon, allowing him to manipulate landmasses, create earthquakes, and cast storms around the surface) to Large Country level (Contains half the power necessary to provoke spontaneous growth on his sprouts across thousands of planets, quickly enveloping them with himself) with Environmental Destruction

Speed: Massively Hypersonic combat speed and reactions (comparable to Star-Lord) in his avatar. Massively FTL+ travel speed (Capable of creating spaceships that can achieve interstellar travel out of his own power) | Unknown

Lifting Strength: At least Class 5 (Should be comparable to Star-Lord) | Likely Class P (Is the size of a small moon)

Durability: At least Building level (Took several hits from Celestial Quill), higher by enhancing his endurance with Matter Manipulation | At most Continent level, regeneration makes him difficult to kill. At most Multi-City Block level for his brain (The bomb rocket created to kill Ego was made from interdimensional Sovereign batteries, which were stated to have enough energy to take out the Sovereign fleet)

Range: Several kilometers (Fired a few energy blasts which were powerful enough to destroy all of the Sovereign spaceships attacking The Guardians of the Galaxy) in Combat, Planetary for his full-body, Galactic by activating his seeds.

Intelligence: Genius-level (godlike being with millions of years of knowledge, who intuitively created a humanoid body for himself)

Weaknesses: The brain within the core of his planet, can be put to sleep by Mantis.